Thunderstorms are expected to roll into the city after 4 p.m.. But the clouds will likely clear up tomorrow and Independence Day should be sunny 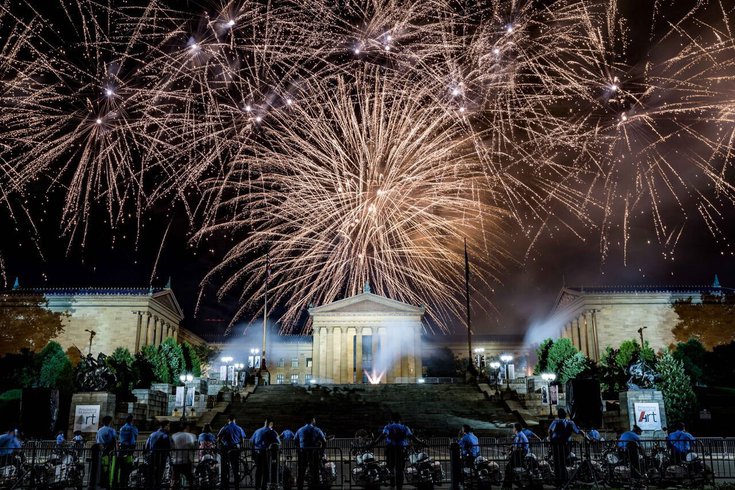 The Wawa Welcome America festival's Saturday night programming has been cancelled due to the thunderstorms expected in Philadelphia after 4 p.m.

The Wawa Welcome America festival's Saturday night programming has been canceled due to the threat of thunderstorms in Philadelphia.

The U.S. Army Band was slated to perform at the Great Plaza at the Delaware River Waterfront at 7 p.m. It's not yet clear if that concert will be rescheduled. The 9 p.m. fireworks show on the waterfront is also canceled.

🚨 Due to the impending inclement weather, tonight's Pershing's Own concert by @theusarmyband & fireworks display at @DelRiverWfront have been cancelled.


The National Weather Service has issued a hazardous weather outlook for the city.

The service's forecast predicts the thunderstorms will begin after 4 p.m. today and move out of the area by 2 a.m. on Sunday morning.

Tomorrow, the NWS expects it to be mostly cloudy in the city with a high of 87 degrees and the possibility of some sun.

Independence Day is expected to be sunny with a high of 88 degrees with a slight chance of more thunderstorms early Tuesday morning.