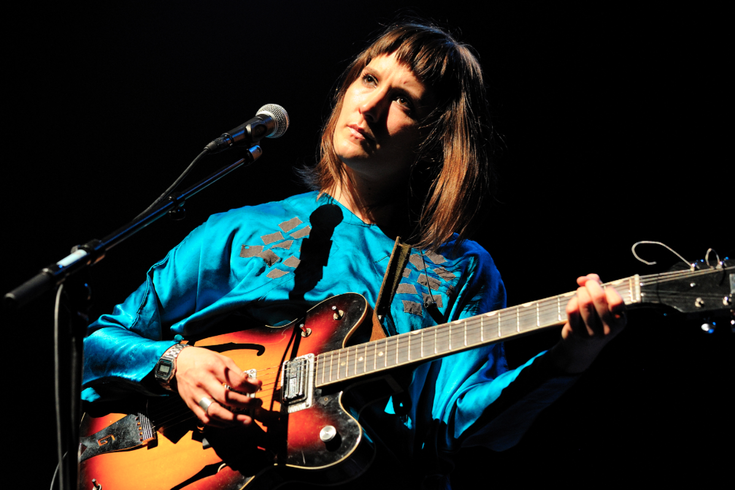 Cate Le Bon will perform at Underground Arts this Friday.

Over the last few years, the local label Lame-O Records has quickly become a quiet force in the Philly indie scene, chasing good music and churning out albums since 2012. For the past month, the label has been putting on a residency at Boot & Saddle with proceeds benefiting Planned Parenthood.

Tonight, Three Man Cannon, a Scranton-originating quartet on the roster that plays slinky indie rock, headlines the final show of the run, sharing songs from a pair of Lame-O releases and some new ones as well.

Petunia is the indie pop solo project from John Ryan, a Philly head that’s been releasing music for the last few years on his own. On 2016’s “Petunia’s Room,” an 8-track effort written and recorded entirely by Ryan, you can hear the songwriter’s delicate dream pop direction, but on his upcoming album “Funny Talk,” out on Friday, he seems to be veering towards more grounded rhythms and power chords.

For almost 30 years Mobb Deep has been a beacon of consistency. The Queens duo has nursed a pair of classic early 90s albums into an impressively lasting career. Last year, taking a short break from the music, Prodigy released a book called “Commissary Kitchen,” grappling with a stint in jail through the lens of food while also opening up about his lifelong sickness. Now, Prodigy, the more vocal and celebrated half of the group, is back on the circuit with a new solo record.

The South Carolina metal quartet Abacus spent their first few years finding their stride. Their debut EP in 2013 felt a little scattershot, though it was consistently charged up throughout. And then in 2015 they pinned things down with a more focused – but just as varied – romp through their hardcore influences in a record called “En Theory.”

Greg Gonzalez has been nursing his pop experiment Cigarettes After Sex for almost a decade, but it wasn’t until last year that the songs from a gloomy, romantic 2012 EP called “I” caught fire. Suddenly, Gonzalez has been basking in an unexpected spotlight and newfound anticipation for a full-length record. And with only a pair of releases under his belt, the singer seems to be pleading for some patience. “Less is more,” he told an interviewer last year. “It’s hard when we play shows, because it’s almost always half new stuff. The fans have to be up for hearing that, which is a mixed blessing.”

Kris Kristofferson has a bizarre cross-generational appeal. If you’re young and not a country music buff, you might just recognize him as the shotgun-wielding curmudgeon of the Blade movies. But if you know about his real heroics, it's as a prolific country music songwriter whose tracks have been covered by the likes of Johnny Cash, Janis Joplin, and Waylon Jennings. At 80, Kristofferson is still chugging along. In an interview with Rolling Stone last year he fessed, "I feel like an old boxer. The brain's gone, but I can still move around."