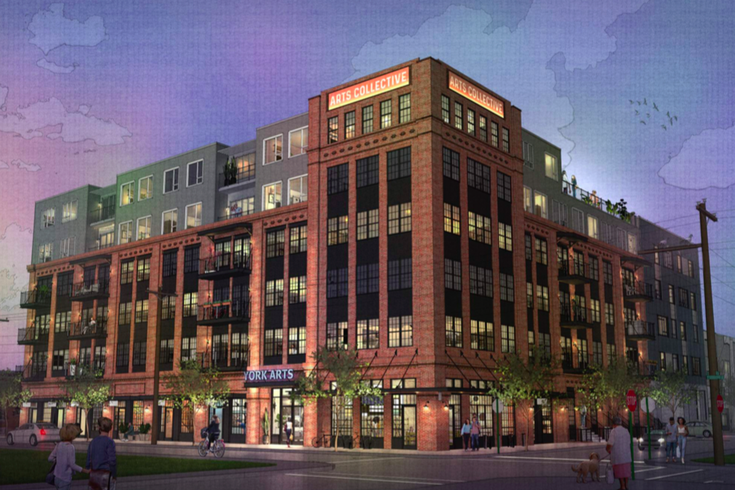 Philadelphia's ever-evolving River Wards may be getting an interesting addition in West Kensington, where developers are proposing a mixed-used building that would double as a residential complex and arts collective.

The York Arts project, led by Maestro Development, is proposed at 1901 York St. at the corner of Jasper Street. It's designed by LRK, Inc., whose other projects in Philly have included the nearby Kreate Hub on Frankford Avenue and the Mt. Vernon Manor CDC Community Center.

At six stories, the building would include 127 rental units and 6,080 square feet of artist-industrial space along the street frontages of Jasper Street, East Boston Street and East York Street. The site is a few minutes' walk from the York-Dauphin Station on SEPTA's Market-Frankford Line. 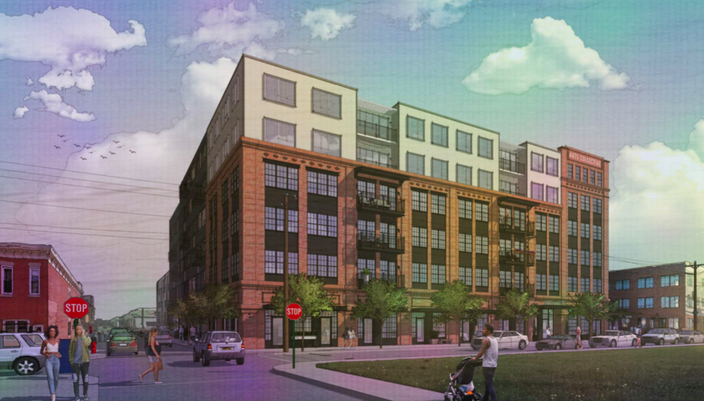 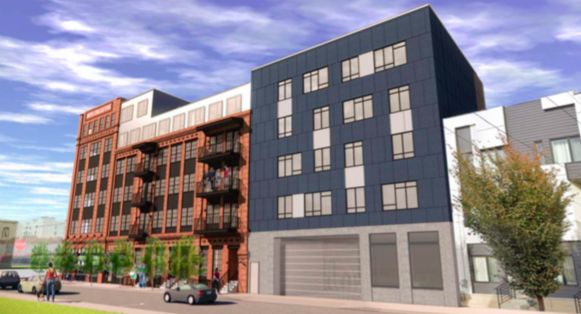 Courtesy/LRK, Inc.
Amenities for the building would include a fitness area, lounge, bicycle storage and sixth-floor rooftop decks and dog run, according to a project description in the developer's submission to Philadelphia's Civic Design Review board.


It's not yet known what type of industrial facilities would be provided for artists who would work out of the York Arts space.

The proposal speaks to both the growing demand for housing in the area and the need for locally-accessible studio spaces that can accommodate the needs of working artists in the River Wards.

The project will be reviewed by the city early in May.