The prevalence of the disease has increased in New Jersey, health officials say 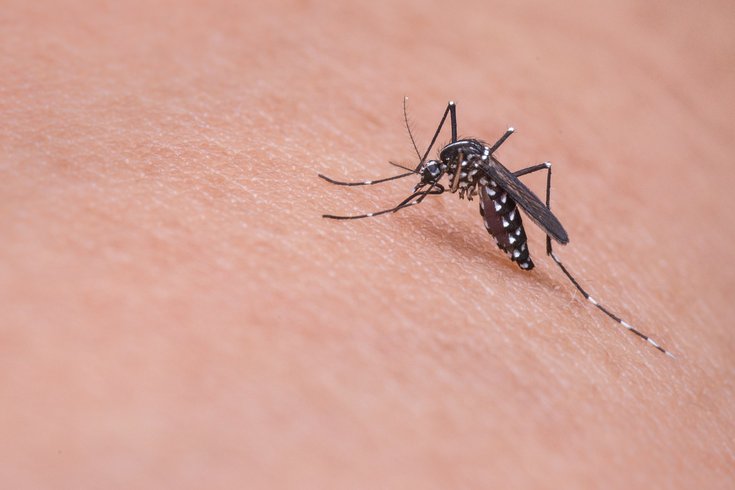 Surges in West Nile virus infections are most common in the summer and fall months. Camden County health officials say a Camden man, who had died last month, tested positive for the virus.

West Nile virus is the leading cause of mosquito-borne disease in the United States, according to the U.S. Centers for Disease Control and Prevention.

Surges in infections are most common in the summer and fall months. Camden County health officials recently announced that a Camden man, who had died last month, had tested positive for the virus.

He was first hospitalized with symptoms on July 16. After receiving treatment, he was moved to a sub-acute care center where he later died.

"West Nile virus typically affects a small number of New Jersey residents each year, however, the prevalence of the virus has been increasing recently," Camden County Health Officer Dr. Paschal Nwako said, adding that the health department and the county Mosquito Control Commission will conduct more spraying to killing mosquitos and will tests additional insects for the virus.

The New Jersey Department of Health reports that the week of July 19-24, West Nile virus was detected in 23 mosquito pools in Camden County. So far this year, 70 pools have tested positive in New Jersey.

The first positive case of West Nile virus in Pennsylvania from a mosquito sample was reported in late May by the Lebanon County Mosquito-borne Disease Control Program. Since then, there has been about 23 positive samples reported in Philadelphia, according to the Pennsylvania Department of Environmental Protection.

No human cases of West Nile Virus have been reported in Pennsylvania as of July 27, according to the CDC.

What to know about West Nile virus

West Nile virus is usually spread to people through the bite of an infected mosquito. While a majority of people infected with the virus remain asymptomatic, about one in five may develop fever and other symptoms. The CDC says the most common symptoms are fever, headache, body aches, joint pains, vomiting, diarrhea and rash. Fatigue and weakness may linger for weeks or months.

The federal agency reports that 1 in 150 infected people may experience severe illness, including encephalitis or meningitis, both of which affect the central nervous system. More severe symptoms include a high fever, headache, neck stiffness, disorientation, coma, tremors, muscle weakness, vision loss and paralysis.

About 10% of those who develop severe illness will die. People older than 60, the really young and those with certain medical conditions, such as cancer and diabetes, are at the most risk for severe illness with a West Nile virus infection.

Health officials say that the best way to protect yourself against infection is to use an Environmental Protection Agency-registered insect repellent with one of the following ingredients: DEET, Picaridin, IR3535, Oil of lemon eucalyptus, Para-menthane-diol or 2-undecanone. They are safe to use, even for pregnant and breastfeeding women.

They also recommend avoiding areas with standing water. Check your property to make sure there are no pools of standing water which are ideal breeding grounds for mosquitos. Remember even swimming pools or landscape ponds can attract them.