What does it take to become an Eagles cheerleader?

Final auditions are Monday, where a group of 60 will be whittled down to a lucky few 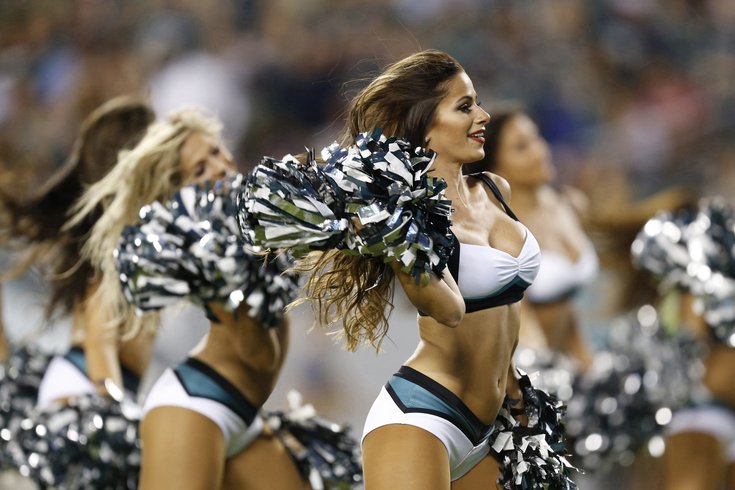 Now’s the time to squash all stereotypes about cheerleading being made up of ditzes, bimbos and boobs – because this coming Monday, all are invited to see some real talent work to become a Philadelphia Eagles cheerleader.

A New Jersey town councilwoman, a University of Pennsylvania law school graduate, a sales executive and a physician’s assistant are all among the young candidates striving to make NFL cheerleading their second job this coming season. On Monday, May 8, 60 finalists will compete in physical fitness, dance, beauty and on-stage interviews to prove they have the charisma and talent to get the crowd's blood pumping each game. 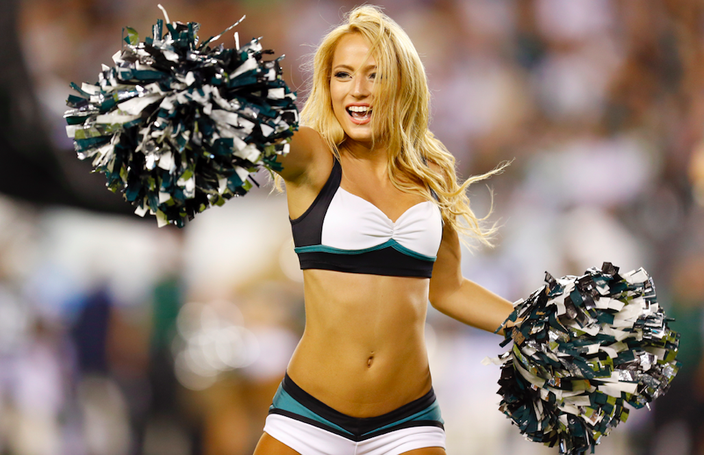 So just what does it take to make the cut? The competition is fierce and the contestants are cutthroat, with each vying to be one of the elite on the coveted NFL squad. Some return year after year (though they must try out each season) while others are ruled out immediately.


Corinne Chun, 28, was born and raised in Hawaii. She is a special education teacher at an elementary school in Waianae, Hi. and has been flying back and forth from Honolulu for the Eagles’ cheerleading audition process since late February. In cheerleading, her position is base and back spot. 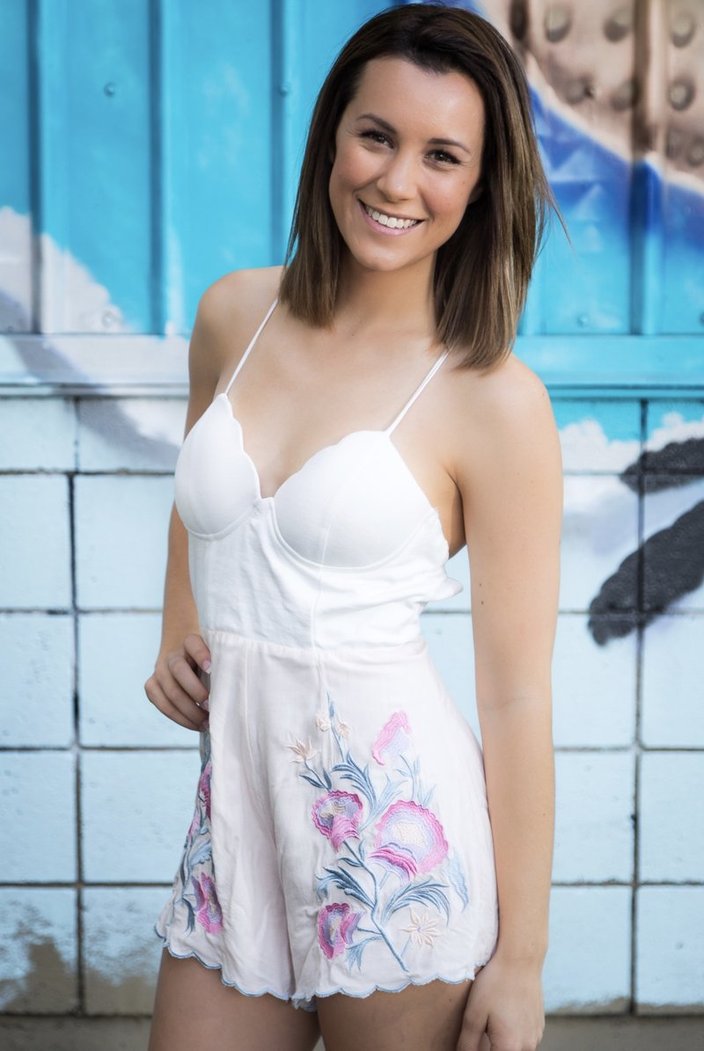 “I started off as a gymnast growing up. I always enjoyed the competitive aspect,” she told PhillyVoice.

“I’ve always been a football fan…I cheered for one year in college in Oregon…then came back home to Hawaii after graduating college and became a cheerleading coach for my old high school.

“A couple years ago, I wanted to give it a shot. I had tried out [cheerleading] before in the NFL, and just going through that experience kind of lit a fire in me, knowing that it was possible for me to live out this dream of cheering again.”

Dana Pasqualone, 27, is from Washington Township, N.J. and works as a recruitment business partner for a technology software company. She is also one of the youngest people to serve on her town’s council. In cheerleading, she is a flyer and dancer. 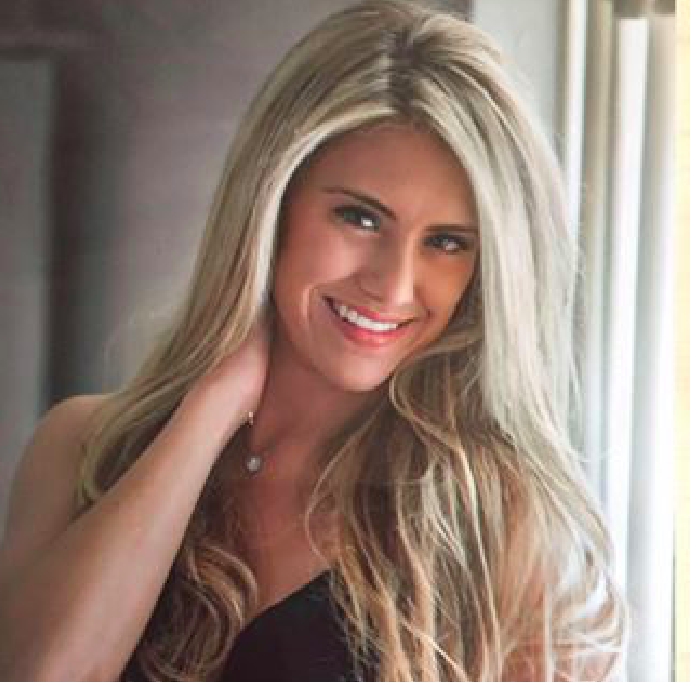 Although it is far from Pasqualone’s first time trying out to be an Eagles cheerleader, she has never given up. In fact, she started trying out when she was 18 and has made it to the finals several times before.


“What I keep in mind is that I’m competing against myself instead of others,” she said.

“We should all be there to empower each other, and the biggest challenge is staying focused on your own achievements and accolades and work really hard…But I keep coming back.”

Barbara Zaun, Director of Cheerleading for the Eagles, said the organization starts with an open-call audition in the winter, which usually draws several hundred contestants from all over the country. Each is eliminated over several rounds during a day’s tryouts until 100 advance to a semi-final audition. After the semi-final audition, then comes one-on-one interviews. Each contestant must be at least 18 years of age and a high school graduate.

While many of the women who try out are either already established in their careers or beginning their college education, Zaun said much of making the squad also has to do with being involved in the community and being a brand ambassador. Over the course of a year, collectively, Eagles cheerleaders make more than 350 public appearances, the majority of which are at community and charitable functions. 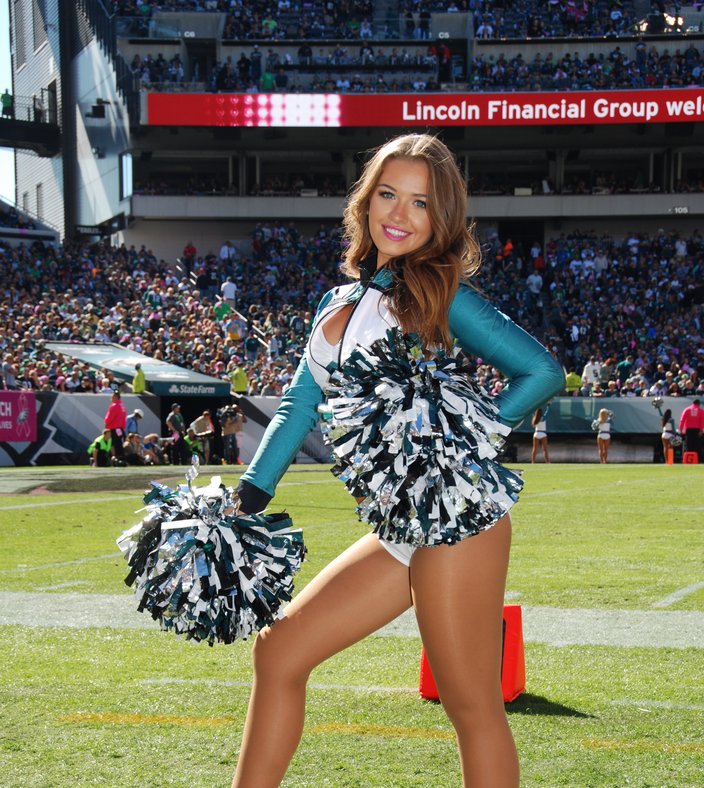 
“Obviously, you need to be athletic. You need to be physically fit...Our rehearsals can be grueling at times. Game days are 8-hour days, so for a 1 p.m. start, they’re usually arriving at 9 a.m., and if the game isn’t over until 4 p.m., they’re performing for that entire duration – rehearsing, appearing, and then the actual game itself, so, athletics is an integral part.”

Monica Devlin-Wilkerson of Levittown cheered for the Eagles from 2002 to 2006, and earned the rank of captain when the Eagles made it to the Super Bowl. Now married with two boys and living in New Jersey, Wilkerson reflected fondly on her days of cheering for the Eagles.

“Auditions are very competitive,” she confessed.

It was an incredible, memorable life experience I’ll never forget and I’m thankful I got to be a part of it."

“Such a large group of talented women come out to compete – it can be overwhelming stepping into that. For hopefuls – don’t let it be. Preparation starts long before auditions. Take dance classes. Work on strengthening your basic technique – sharp turns, high kicks, pointed toes, always! Flexibility and ability to quickly adapt and learn choreography on the spot. Make sure your body is fit and can handle performing in all kinds of weather from hot and humid to rainy and muddy to bitter and freezing. Be ready to do kick lines and pirouettes under any conditions and with a big smile!

“It was an incredible, memorable life experience I’ll never forget and I’m thankful I got to be a part of it,” she added.

Zaun said that because Eagles cheerleading is a part-time job, though demanding, those who make it are encouraged to pursue their own careers. Whoever makes it is offered a one-year contract. If they want back next year, each woman must try out again. There are no guarantees.

“Many will make the team year after year, and many will stay on for eight, nine seasons, she said.

“It’s one of the most exciting positions they’ll ever have.”

The Philadelphia Eagles Cheerleaders Final Audition Show starts Monday, May 8 at 7:30 p.m. at the Kimmel Center’s Merriam Theater. Sixty women will compete for 35 spots on the squad. “America’s Got Talent” finalist and current Eagles long snapper Jon Dorenbos will entertain the crowd with a magic performance. For tickets and more information, click here.