Start-up's Market Street workspace will aim to keep musicians, artists in the city 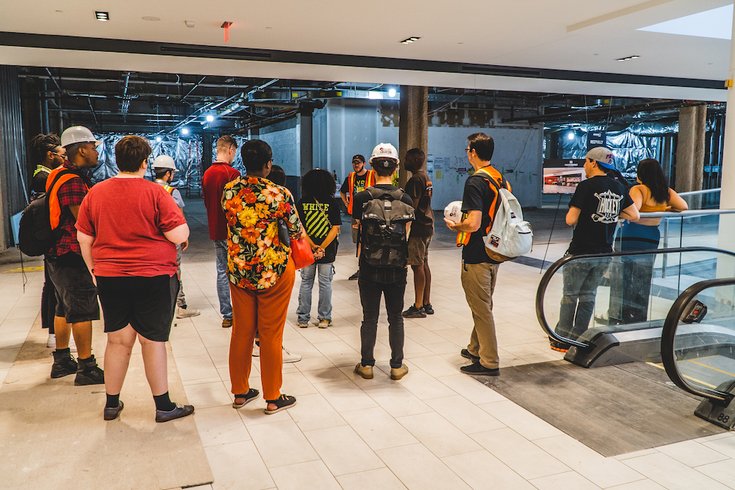 REC Philly team members get a walkthrough of the space.

What began as an effort to equip creatives with the resources to succeed in business has evolved into plans for a 10,000-square-foot creative facility in Center City’s forthcoming Fashion District.

The founders of REC Philly, the start-up devoted to keeping artists and musicians in the Philadelphia area, announced the project.

While REC Philly has benefited from the support of corporations like Comcast and Live Nation, co-founder Dave Silver says the Philadelphia community of artists has helped the organization bring its plans to fruition.

MORE CULTURE: The 6 gayest beaches at the Jersey Shore

“It’s important to note that when it comes to REC building our space, it’s been team members, artists, community and not as much corporate support," Silver said. "We are excited that Live Nation will have a stage, but this is our first time working with Live Nation in that capacity. I’m proud that all of the work the team has done has been from the muscle.”

Live Nation is excited to partner with REC Philly on its new endeavor.

“We are committed to the growth of the arts in the City of Philadelphia, particularly the new and rising young stars of our industry,” said Geoff Gordon, regional president of Live Nation Philadelphia. “Through this exciting partnership with REC Philly, we hope to inspire, educate, and nurture today’s amazing field of talented and creative entrepreneurs and future music professionals. REC Philly’s flagship site will be a spectacular work space for aspiring artists to express themselves and grow their talents.”

For co-founder Will Toms, building an infrastructure is key to building a music industry in Philadelphia.

“When folks think about what a music industry is, some of the benefits of some other markets that have found success like New York or Los Angeles involve stepping back from industry and unifying community," Toms said. "After that, industry happens. In Atlanta, people know where to go. For us in Philly, while we’ve had tons of talent and remarkable waves and eras of talent breaking through, you now have a place to go where you are. If you need collaborators, strategies, tools or resources, you know where to find it. That’s what it means for me to empower the industry.”

Toms is excited about several aspects of the REC Philly’s new creative facility, including a concept popularized by late musician and entrepreneur Nipsey Hussle: vertical integration.

“If I had to choose one [thing], being in the Fashion District will give us the opportunity to take advantage of traffic and dedicate 2,000 square feet to a café and shop,” Toms said. “Someone can come up with an idea, print out a product, then hang it on a rack in retail store to purchase. The future of creativity is in vertically integrated ideas.” 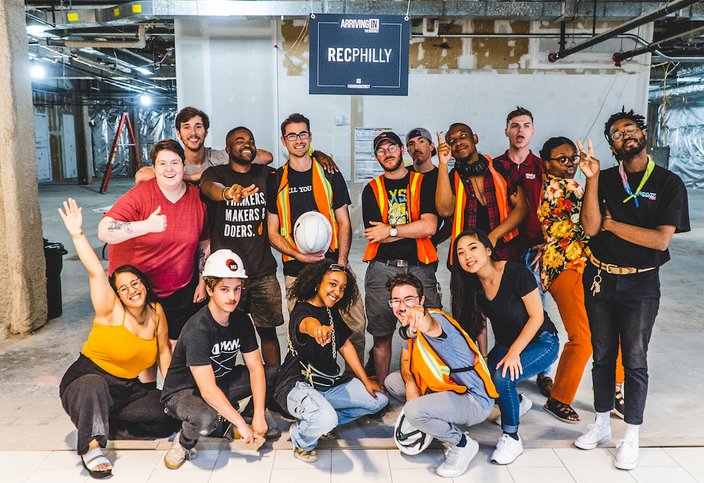 Silver is quick to note the importance of REC Philly’s new space having its own door.

“At 9th and Market is our own front door that people can walk directly into without having to walk through the mall,” Silver said. “When the mall closes at 8 p.m., the fact that we can stay open 24/7 gives us the ability to host unique events.”

Silver and Toms noted two collaborators as sources of insight in helping design certain aspects of the upcoming facility.

“We like to say, ‘We know what we do not know,’” Silver said. “We don’t know a lot of things about building out a huge project [like this]. Two people in particular have helped. Ben Thomas is a younger prodigy who has done mixing and mastering for Bryson Tiller, Jazmine Sullivan [and other notable recording artists]. He’s been helping us understand what it means to build out studios for both amateurs and Grammy-winning artists in terms of functionality. Rob Lawton of Mid-Atlantic FX helped us understand what it means to have a legitimate performance space in terms of visual and audio components.”

Toms believes the future of REC Philly will be led by a mobile application that will help users find resources worldwide.

“One thing we’re working on right now is developing our own proprietary app. The REC app will be a huge value to the community outside of the physical space but digitally,” Toms said. “The creative facility will be operated through app. The app will be helpful and supportive. This isn’t just a Philly problem, so we want to learn how to build relationships with people building in other places. We want to build an international network so people will have resources waiting for them wherever they go.”