No, most Philly men aren't willing to pay $396 for a first date 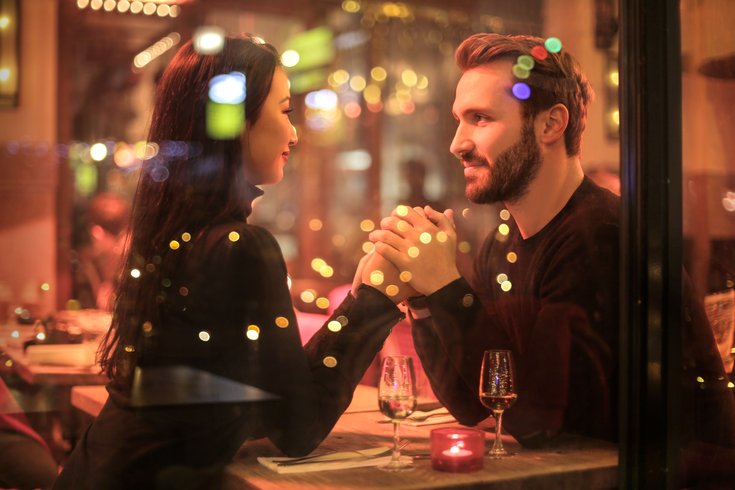 A study from a dating website shows that Philadelphia men are willing to tell lies about the exorbitant dates they're willing to pay for.

At least, that was my first impression about a study from dating website WhatsYourPrice.com. The website apparently polled its male users in different cities to find who was the most "generous" when paying for a first date. When it comes to average total dollar amount, Philly men came in second, offering to shell out a whopping $396 for a first date.

Any one of those numbers is absurd. Maybe for an anniversary or birthday dinner at, say, Butcher and Singer, I can see someone paying around $200 to treat their significant other. But on a first date? Who are these guys that were surveyed, a bunch of loaded bachelors with ample cash and desperation?

Turns out, that's exactly who was surveyed. WhatsYourPrice.com is an escort service dating website that puts a "monetary value" on dates, according to a vague description from the company:

WhatsYourPrice members realize that time is money and use the site to cut through the noise and get straight to the date. The site prides itself as being a first-date site, not a dating site, encouraging face-to-face interaction by attaching a monetary value to the date, eliminating the endless back-and-forth via messaging.

That's a very delicate way of saying guys with lots of dough pay to spend a night hanging out with a very good-looking woman. Per a 2014 ABC News special about the website:

As a busy entrepreneur, 29-year-old Pablo goes online to meet women. But instead of using the Internet to search for a date, the Los Angeles native buys one.

“My type is down to earth, adventurous, sweet, kind, dog-lover, someone who is going to push my buttons, no drama,” Pablo told ABC News’ “20/20.”

Pablo uses WhatsYourPrice.com, an eBay-like dating auction site where men pay for a night out with attractive women.

The men browse pictures and profiles and then make a monetary bid for the women, who then can chose to accept or make a counter-offer. The average price for a date is $80.

Look, if a rich guy wants to spend a night with a pretty woman — without the presumption of sex, which the website tells members should be the case — that's his prerogative. And if women want to take advantage, all the more power to them! But please, spare me your headlines that read: "Study says Philly men are among the most generous on a first date." I'm sure Philadelphians of either sex would love to spend $400 on someone they're interested in romantically. For a lot of us, that's not really an option.