Which mayors' images are missing from City Hall?

'I've come full circle with [Street],' Mayor Kenney says of his once rival 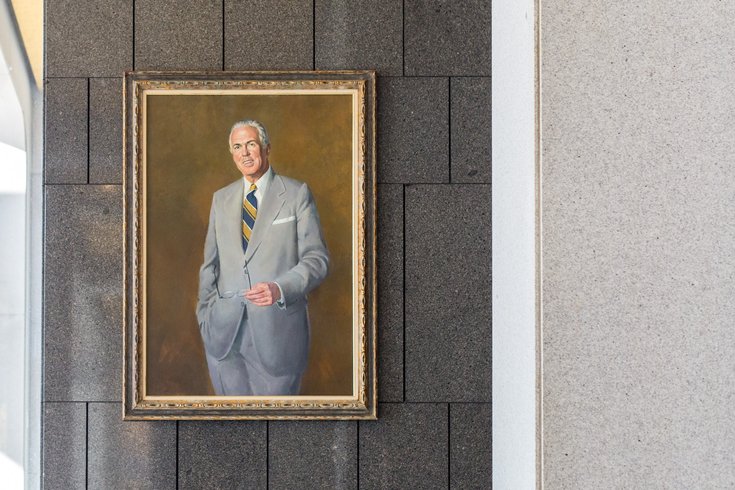 The portrait of former Philadelphia Mayor James H. J. Tate that will permanently hang in the atrium of the Municipal Services Building in Center City Philadelphia, Thursday, Dec. 1, 2016.

Former Mayor James Tate got his second portrait in a government building Thursday, but ever notice a couple in City Hall are missing? That would be those of former mayors John F. Street and Michael Nutter.

Asked during a Thursday press conference why that is, Mayor Jim Kenney basically gave a shrug. He said he didn’t know what was up with Nutter's, but he said Street's was done and ready to go. It just needed the green light from Street himself.

“[Street] is not up there yet. He was waiting for me. The portrait is done. It’s in storage somewhere, and I’m ready to go anytime he is ready,” said Kenney.

“I’d like to put it up there, yeah. I’ve come full circle with him. We certainly were adversaries when I was in Council and he was the mayor, but he’s been very helpful to me – very good on advice – gives his advice privately. He texts me on a regular basis and tells me to thank him later…There’s no snag from our perspective [on why the portrait has not been hung]. It’s just a matter of timing or scheduling.”

Kenney claims the door to his office is always open for Street.

“I’ll be happy to hang him. Just kidding.”