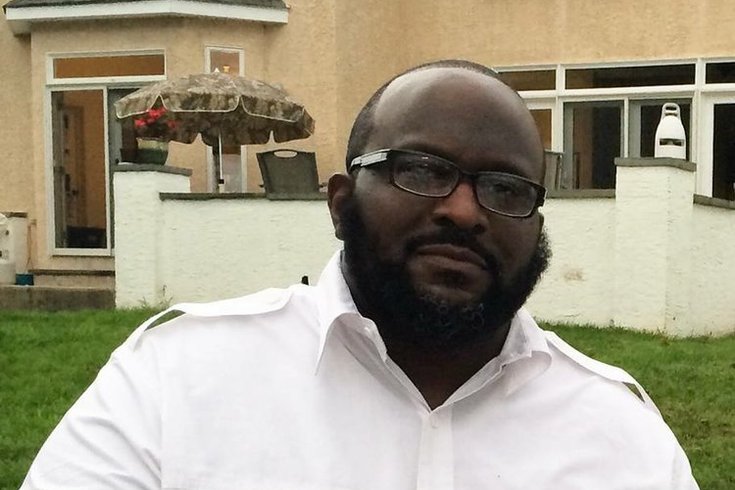 Coli Sylla, 37, of East Oak Lane, launched a podcast series that highlights the nostalgic stories, characters and debates of Philadelphia's many neighborhoods.

Coli Sylla was riding on the Broad Street Line one day, listening to fellow passengers debate the boundaries of Philadelphia's Uptown neighborhood, when an idea for a podcast struck him.

With so many diverse neighborhoods in Philadelphia, why not highlight the nostalgic stories, characters and debates that make each of them unique?

Hence came "Where I'm From," a podcast series launched by Sylla last month on his website, BroadandPhilly.com. Sylla, 37, of East Oak Lane, aims to feature each of Philly's neighborhoods by telling the stories of the everyday residents who comprise them.

"It is such a great feeling when you hear a song that brings back memories or even a smell if you're in the summer town and you ride by a block party," Sylla said. "What I want to do is create the audio mural of Philadelphia neighborhoods."

Sylla, an avid listener of "This American Life," began by featuring Germantown, a history-rich Northwest Philly neighborhood founded by German settlers more than four centuries ago. In a two-part episode totaling about an hour, Sylla tells of its more recent history through the reflections of several Germantown residents.

There is Joe Dixon, a local historian who shares the racial dynamics of Germantown families encountered in the early 20th century, including an arson committed by the KKK. There is Summer Willow Fitch, who tells of becoming a semi-professional violinist in a neighborhood that favored hip hop. There is Brent Johnstone, who recalls local Thanksgiving football games and sitting on his porch with his grandfather, eating peanuts and listening to Phillies games.

"The whole thing is really testimony-driven," Sylla said. "I don't like to give a lot of boundaries when people are talking. I want to paint a very realistic and honest portrayal of these neighborhoods."

That includes sharing difficult, if not painful, stories.

The Germantown episodes feature a pair of heart-wrenching stories from Octavia Young, an educator who described the pains of a teenage friend being fatally shot and another friend being raped in a neighborhood tunnel. After learning of the rape, Young says her friends became enraged.

"The kids, we all picked up sticks and rocks and ran to the tunnel, like who did it?" Young recalls in the podcast. "That's how close we all were. When we went to the tunnel we actually found her clothes. Her clothes were just hanging on the railing, like he just put them on the railing like it was normal. ... It was weird how they were laid out, like they were hanging out to dry."

'PHILLY IS AN AMAZING CITY'

Sylla spent seven years in Los Angeles pursing a screenwriting career before returning to Philadelphia in 2013. He previously worked as a college prep instructor before earning a Master's degree in visual arts and media arts from Emerson College in Boston. Sylla maintains an interest in screenwriting, but sees the podcast as a new opportunity.

"My dream, dream, dream would be to have an office where we're just doing this 24/7," Sylla said. "We're out and we're meeting people and we're putting together a podcast and we're raising funds for different neighborhoods."

If the podcast gains popularity, Sylla said he envisions expanding it to cover neighborhoods in other cities and states. But, for now, he will work to highlight neighborhood after neighborhood while growing his audience. His next task is completing a several-part episode on North Philly.

"Philly is an amazing city and full of so many great stories," Sylla said. "I want to share them all and have them live in a place that is easily accessible to everybody."

And he hopes to one day answer the question that prompted all of this — exactly where does Uptown begin?

To listen to the first episode of "Where I'm From," click here.