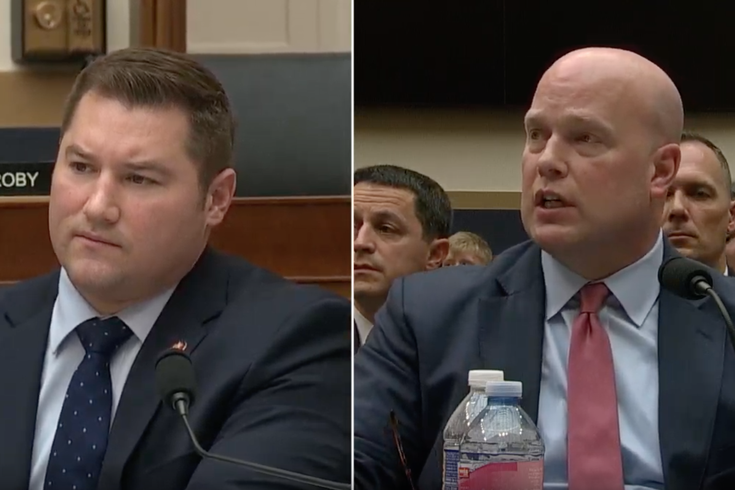 The House Judiciary Committee hearing for Acting Attorney General Matt Whitaker on Friday was meant to determine whether Whitaker had interfered with special counsel Robert Mueller’s investigation, among other things.

One Pennsylvania representative, however, turned the spotlight on the city of Philadelphia for a moment.

Rep. Guy Reschenthaler (R-14) used his five minutes to discuss sanctuary cities — cities which limit cooperation with the national government’s effort to enforce immigration law — and what Whitaker was doing to stop them.

"In my home state of Pennsylvania, the sanctuary city of Philadelphia has released at least three child molesters back on to the streets. Everyone knows the tragic story of Kate Steinle, who was murdered by an illegal immigrant who was convicted of seven felonies and deported five times. Those child molesters in Philadelphia, the murderer of Kate Steinle, they were all released because some city wanted to score cheap political points. That’s why I’m focused on sanctuary cities."

You can watch his comments in the video below, starting roughly 3:24:00 into the video:

Though they appeared in the same breath, the Kate Steinle case Reschenthaler referenced occurred in San Francisco, not Philadelphia.

Whitaker went on to explain, during his exchange with Reschenthaler, that the Department of Justice was withholding law enforcement grants from sanctuary cities like Philadelphia.

Whitaker chose not to answer questions about the ruling during the contentious session.