'Whitey' Bulger pens letter to students from prison: 'My life was wasted' 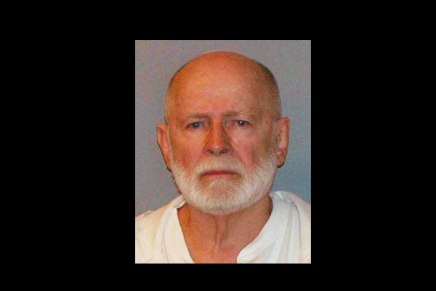 Boston mobster and convicted murderer James "Whitey" Bulger wrote a letter to three 17-year-old girls from prison answering their questions and offering insight into the consequences of crime.

"My life was wasted and spent foolishly, brought shame and suffering on my parents and siblings and will end soon," Bulger, now 85, wrote to Brittany Tainsh, Michaela Arguin and Mollykate Rodenbush, according to the Boston Globe.

He is currently serving two life sentences in a Florida federal prison following a 2013 conviction on several charges, including racketeering and murder, after more than 16 years on the run.

The young women wrote to Bulger as part of a National History Day competition, for which they won first place in the district, the Boston Globe reported.

Bulger went on to write that "Advice is a cheap commodity some seek it from me about crime — I know only one thing for sure — If you want to make crime pay — 'Go to Law School.'"

He added that he dropped out of school in ninth grade and "took the wrong road."

View the Boston Globe article, including a copy of the letter, here.