Whole Foods to eliminate plastic straws, cut down on single-use plastics at stores 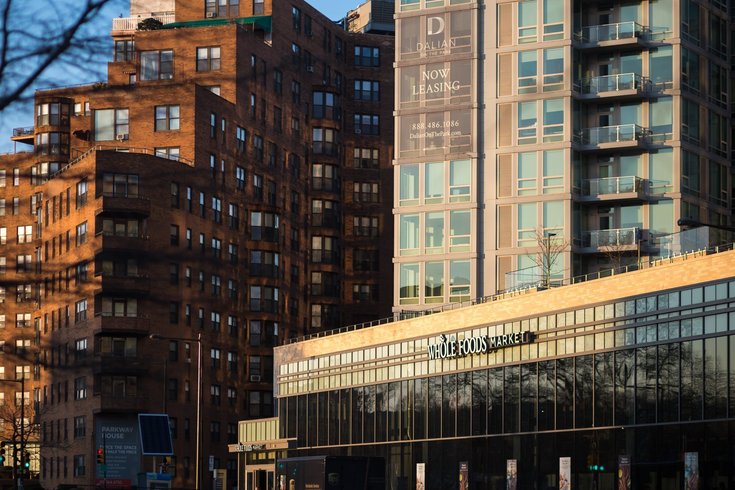 Whole Foods Market will eliminate plastic straws and reduce its stores' overall use of plastics beginning in July, officials with the supermarket chain announced on Monday, May 20, 2019. Above is a photo of the Whole Foods supermarket at 2101 Pennsylvania Ave. in Philadelphia.

Whole Foods Market will stop providing plastic straws and cut down on the use of plastics at its supermarkets in a move to meet customer demands, the grocery chain announced this week.

Beginning in July,  the Amazon-owned company will eliminate plastic straws at coffee and juice bars across all of its 500 domestic stores, replacing them with paper straws that the company said are recyclable and compostable. Whole Foods will supply plastic straws to customers with disabilities upon request.

The supermarket also will begin offering smaller plastic bags in its produce departments and use new bags for its rotisserie chickens that use less plastic than the hard plastic containers presently in use.

Whole Food officials say the changes will reduce the amount of plastic used at its stores by about 800,000 pounds per year and that the grocery chain will be the first in the U.S. to ban plastic straws. Whole Foods stopped providing single-use plastic bags at its checkouts in 2008.

Other retailers like Starbucks also have cracked down on single-use plastics as of late. The coffee giant recently announced it was redesigning its cold drink cups to not require a straw at all. The company said the new cups will replace one billion straws every year.