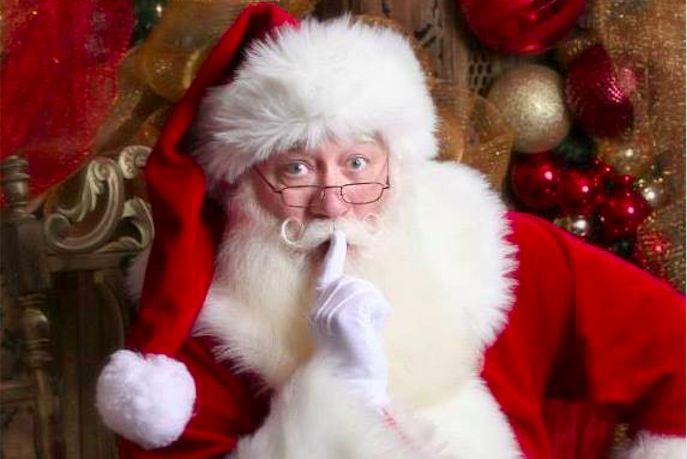 The story that Santa impersonator Eric Schmitt-Matzen told about a young child dying in his arms has been called into question this week.

I’m not sure how many children read PhillyVoice, but if you are a child, please click over to another article immediately. What follows is not fit for young eyes.

Of all the horrible stories to emerge from 2016 – and, let’s face it, they are legion – it should come as no surprise that an alleged fable about a fable (hopefully!) closes out the year in disgrace.

Let’s talk about Santa Claus. Not the North Pole version; rather, his tribute-artist stand-ins who call America home.

No, I’m not talking about the Wisconsin Kringle who “beat up a pedophile after a child confided that her stepfather was molesting her.” That came from a website “Thug Life Videos." It didn’t really happen.

Nor am I talking about the Alaskan street preacher who took it upon himself to “invade” a Christmas village in Texas to tell children waiting in line to meet the jolly old man that “Santa Claus does not exist; the Christmas season is about Jesus.” That really did happen. It’s patently pathetic, but it’s not the worst.

Nope, those two matters pale in comparison to Santa impersonator Eric Schmitt-Matzen’s tearful recollections of a terminally ill child dying in his arms.

Chances are, you've heard about this tragic tale over the past few days. Such is the nature of human communication when a Christmas tale of this nature goes beyond viral. (Hello, Hatchimals, anyone?) If not, here’s a brief recap:

Schmitt-Matzen is a longtime Santa from Caryville, Tennessee, a tiny town about halfway from Knoxville to the Kentucky border. Earlier this month, he shared a heartbreaking tale about a terminally ill child who died in his arms.

It seemed as if a nurse he knows dialed his cellphone – the one with a “Jingle Bells” ringtone – and told him that “a very sick 5-year-old boy wanted to see Santa Claus.”

So, he said, he rushed to the hospital, carried a PAW Patrol toy into the intensive care unit and told the child to mention “you’re my Number One elf!” to establish safe passage at the pearly gates. Here’s how the Knoxville News Sentinel column took it from there:

“He kinda sat up and gave me a big hug and asked one more question: ‘Santa, can you help me?’

“I wrapped my arms around him. Before I could say anything, he died right there. I let him stay, just kept hugging and holding on to him.

“Everyone outside the room realized what happened. His mother ran in. She was screaming, ‘No, no, not yet!’ I handed her son back and left as fast as I could.

“I spent four years in the Army with the 75th Rangers, and I’ve seen my share of (stuff). But I ran by the nurses’ station bawling my head off. I know nurses and doctors see things like that every day, but I don’t know how they can take it.’”

In despair, Schmitt-Matzen was ready to hang up his suit. “I’m just not cut out for this,” he reasoned.

It’s the type of story tailor made for a holiday season predicated upon kindness and goodwill. The tearful video interview – both for the interviewee and viewers – saw to that.

It was also the type of story which – in an era where facts are devalued – easily went from keyboard to a zillion social-media shares quicker than Santa completes his global trot.

Smiley/sad-face emojis were quickly replaced by internet detectives who, digging into the story this week, quickly declared that Schmitt-Matzen’s account of events couldn’t be independently confirmed.

On Thursday night, the News Sentinel posted a piece headlined “Story of Santa Claus with dying child can’t be verified.”

That, of course, led to a pile-on of stories that questioned the legitimacy of the initial piece – ranging from “might not be true” and “story unravels” to “is totally fake." Some from outlets that ran with it in the first place without a moment’s hesitation. Such is the media world in which we live, one that would eviscerate that story just as readily as it propped it up in the first place.

I dropped Schmitt-Matzen an email on Thursday morning in an attempt to talk to him about the backlash that his “unverified” story has stoked, and to offer a chance to rebut it, but didn’t immediately hear back from the Tennessee man.

WBIR-TV in Knoxville, however, had better luck.

Theirs stood out amid the avalanche of grave-dancing stories, with the headline “Facts verified in Santa’s hospital visit story.”

“WBIR 10News has independently verified several critical details of this story, but has agreed not to publish those for the sake of privacy. Schmitt-Matzen maintains his desire to protect all names involved,” it read.

He and his wife – in real and Claus life – sat down for an interview, vouched for the validity of the story he shared about that mid-October meeting.

He also expressed concern for the nurse who called him, as hospitals tend to frown upon employees talking about patients. He also said he wouldn’t dare share the name of the late child’s family out of respect for their ongoing grief process.

"If the family wants to come out and say who they were, I'll stand beside them,” he told WBIR. “I'll support them in any way I can, but the way my life's been upset in the last three days, four days, don't do it.

"You have enough problems. Your family will be tore apart more than it is now. But, from a selfish point of view, they'd be coming to my rescue. But who needs rescue here? Me or them?"

I, for one, respect that, especially in the face of those – including several people I told I was writing this very story – so eager to tear faux Santa down because his tale doesn’t pass the smell test.

What’s horrible isn’t that a man who portrays a fictional character – so children will believe that character is real – may have fibbed.

What’s horrible is that so many people want him to have done so.

Their quest of verification would demand nothing less than a nurse violating the privacy of a grieving family, or that grieving family publicly laying their souls bare at what's undoubtedly the toughest holiday season they've ever experienced.

I live a professional life that demands facts, even if nothing about pretending Santa is real for my son abides by that.

Wanting this story to be a lie, though, that's worse than the lie itself.

We have more than enough to worry in America these days than whether a Claus imposter spun a yarn to perpetuate the fable supporting his seasonal, professional life.

And even if he was fibbing, it's not his fault y'all believed it in the first place. It's yours.