22 eateries, including Sbraga, Fork and Vernick, are using the 'restaurant concierge' app 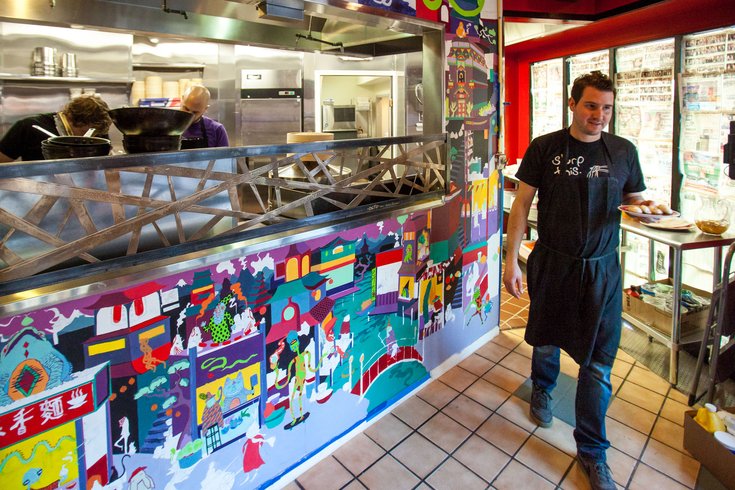 A waiter at Bing Bing Dim Sum, one of the restaurants that has signed up for the Reserve app.

A new app called “Reserve” has hit the market in Philadelphia, and with features like automatically splitting, tipping and paying the bill, it promises to be your all-in-one restaurant concierge.

But the app’s most talked-about and controversial feature won’t be available in Philadelphia: The option to bid for seats, paying 10 percent extra or more in order to get into the most exclusive restaurants.

None of the 22 Philly restaurants that have signed up for the reservation app, including heavy-hitters like Sbraga, Vedge, Vetri and Zahav, decided to include the bidding option.

“We make a lot of promises to people who have reservations and we want that process to be fair and equal,” he said. “The idea of holding a table in case people want to pay more for it doesn’t really seem like it’s in line with the feeling that we want to give to all of our guests.”

Otherwise, he said, the app “seemed like a really great idea,” and “the list of other restaurants were definitely a group that we wanted to be included with.”

He’s referring to places like Distrito, Lo Spiedo and Vernick. You can see the whole list here.

Reserve spokesperson Nadja Blagojevic explained that bidding is always optional, for both the customer and the restaurant.

“The option for a diner to bid only appears if a restaurant has decided to turn that feature on, and there are currently no restaurants in Philadelphia who have it turned on,” said Blagojevic. “This was a feature that we built with a lot of feedback from our restaurant partners, so we've always made it up to them to control.”

Reserve, which was already available in five other cities, including New York and LA, still has plenty of other features for foodies. 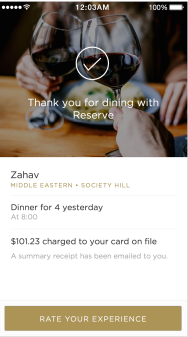 Diners submit a request for as many different restaurants as they want within a certain time frame, and then Reserve works with the restaurants to find where there’s space. This includes restaurants that don’t often take reservations, like Fat Ham and Bing Bing Dim Sum.

The diner gets a spot at the first restaurant to offer a reservation. Reserve keeps the diner's credit card information on hand and can automatically pay the bill and split the check at the end of the meal (although it only splits the check evenly, so there’s no solution for that awkward moment when seven friends order 11 dishes and everyone wants it split exactly by who ordered what).

It will even send the host a photo of the diner so they can greet you by name at the door.

“Anything that can make the dining experience easier and feel a little more hospitable, we support, for the most part,” said Campanella. “And the folks at Reserve also really seem like they have their stuff together. They have a great operation (and) they’re really friendly.”

There’s one big difference between Reserve and other reservation apps like OpenTable: You have to pay a $5 “concierge fee” per reservation.

The app will be free until Oct. 13, however. Get a seat while you still can.