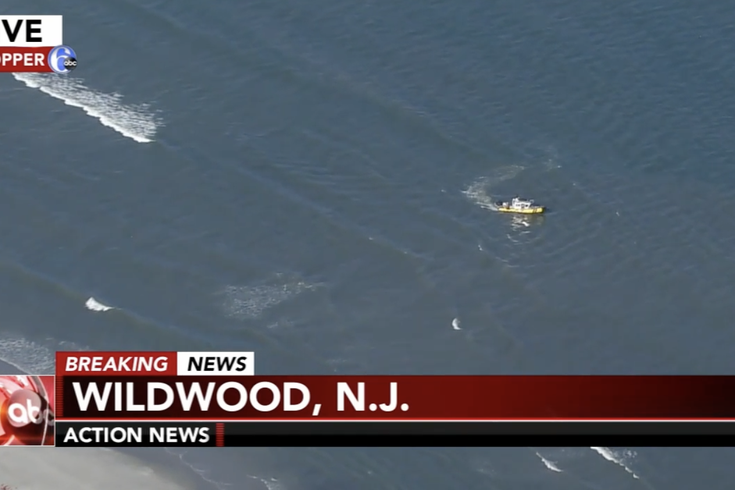 The U.S. Coast Guard and the New Jersey State Police Marine Unit searched Tuesday afternoon for a missing swimmer in Wildwood. Three other swimmers were rescued after the search began around 4 p.m.

The U.S. Coast Guard is searching for a swimmer who went missing in Wildwood on Tuesday afternoon.

The New Jersey State Police Marine Unit and the U.S. Coast Guard were called to the beach off East Andrews Avenue around 4 p.m. for a report of missing swimmers, 6ABC reported. The beach is nearby the Wildwoods Convention Center.

Three swimmers were rescued on Tuesday afternoon, but the fourth was still unaccounted for by early evening.

Emergency crews and boats remained in the area to try to located the swimmer.

Follow along at 6ABC for updates on the search.