'Fresh Princess' will be released April 2 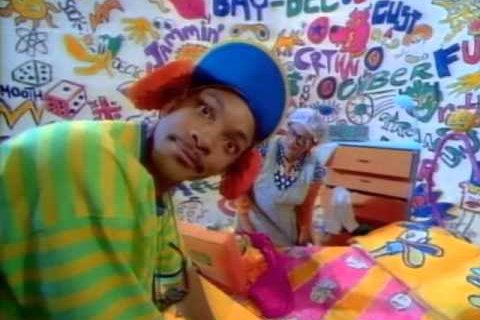 Will Smith in "The Fresh Prince of Bel-Air."

Will Smith is bringing back the "Fresh Prince of Bel-Air" for a new generation, this time starring a young girl in a children's book series dubbed "Fresh Princess."

Smith announced his partnership with HarperCollins in creating the three-part series following Destiny, the titular "princess" who, much like Smith's character in the '90s sitcom, finds herself away from home and in a new, vastly unfamiliar place. Smith introduces the new character to children's literature with author Denene Millner and illustrator Gladys Jones.

“I couldn’t be more excited that the character I played for so long could inspire such a fun and empowering book for kids everywhere,” Smith said in a statement to Entertainment Weekly.

“I know all of my children would have loved 'Fresh Princess' growing up, and being a father who raised a strong daughter I know how important it is to see that type of strength depicted in stories. It’s what Jada and I have always championed and shown our kids throughout their lives. I’m down to follow Destiny through her growth and adventures just as I had experienced the journey of the young ‘Will Smith’ as he danced, laughed, made mistakes, and created memorable moments on his road to becoming the Fresh Prince.”

The book will hit shelves April 2, but is now available for pre-order at HarperCollins. The cover shows the main character on a playground in front of a skyline that looks quite a bit like Philadelphia.