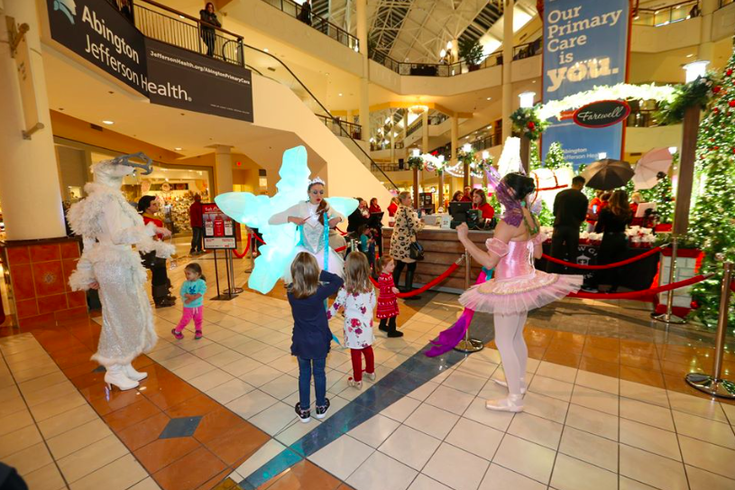 The Willow Grove Park Mall was the scene of a panic on Christmas Eve when a fight in the food court left some shoppers frightened about a potential active shooter situation.

Shoppers at the Willow Grove Park Mall were frightened on Christmas Eve when a noisy fight gave some the impression that an active shooter was inside the building.

Panic spread Tuesday afternoon when a fight broke out in the food court on the mall's third floor. When a piece of furniture crashed to the ground, many in the mall worried that a shooting was underway. Social media posts warned that shots may have been fired.

After a heavy police descended on the shopping destination, authorities in Abington confirmed there was no shooter.

A cause for the fight on Tuesday night was not given and no arrests were made.

Saw willow grove mall trending and immediately knew it was mass shooter related. Spent my entire high school life in there. My heart dropped. It’s not normal to always be on guard for a shooting

This is a sad time we live in when a thrown chair is mistaken for gunshots. Also, a fight at #WillowGroveMall is the last thing I'd expect to hear about on Christmas Eve.

The incident comes as the Cherry Hill Mall plans to enforce a "parental escort" policy on Dec. 26 in order to avoid commotion and chaos among juvenile shoppers.