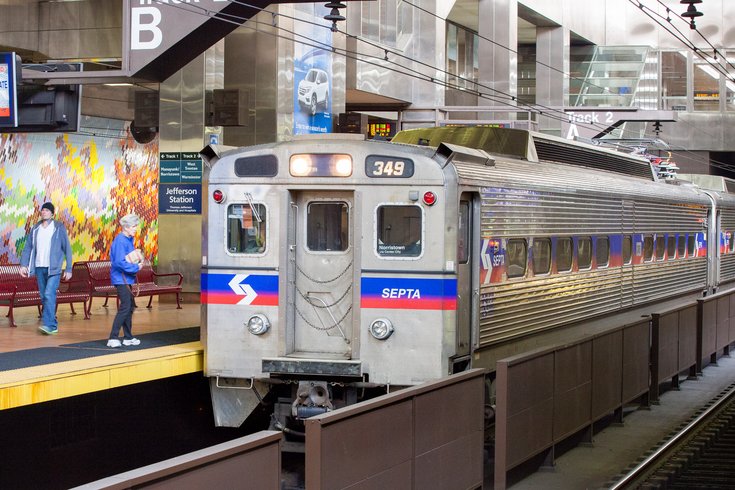 Ever dream of falling in love during your morning commute? Apparently, It's happened quite a bit on SEPTA's trolleys, buses, Regional Rail lines and subways.

SEPTA has announced the winner of its contest that asked riders to share their stories of where they made romantic connections while using public transportation.

Out of 88 entries, which SEPTA called "inspiring, romantic and heartwarming," one from a rider named James was picked as the winner of the contest, which ended Feb. 19.

When I was 24, my roommate introduced me to a girl. She was the most beautiful person I had ever seen in my life. As I fumbled through small talk, trying to keep my cool, I found out that she worked downtown. I also worked in Center City, taking the R5 from Glenside. Turns out she boarded a later train from Jenkintown. I said, “That’s so funny … that’s the train ... that I take,” and from that day forward I would always be a little late to work because I drove to Jenkintown instead of walking to the train at Glenside on the off chance I would get to spend even a little more time with her. It was worth it. Soon I became “Train Friend Jim” and then just Jim. I knew I wanted to marry her the moment we met, but when it came time to ask her I knew the right place to pop the question. I made up some excuse to get her over to Stazi Milano, which was then still at the Jenkintown train station. We sat on the bench outside for a moment and I looked at her and said, "It’s crazy … this is where it all started for us. I think we should start the next part of our life together here, as well.” I knelt down right there at the station and asked, "Would [you] make me the happiest man in the world?”. Fifteen happy years, 2 houses, 3 kids, 3 dogs, 2 guinea pigs, and 1 fairly charming hamster later I still take the train from Jenkintown. I see that bench every day and smile and wonder how I got so lucky. ❤️

We hope you agree, this is a pretty good story and proof that you can find [lasting] love on SEPTA.

SEPTA has posted additional love stories on its iSEPTAPhilly blog, which share connections made by riders on the Broad Street Line into Center City, at the Girard stop of the Market-Frankford Line and on a Regional Rail en route to Suburban Station.

SEPTA said last month the winner will score an Anywhere Pass for March as well as a $100 Dunkin' Donuts gift card. Ten others got an iSEPTAPhilly T-shirt.