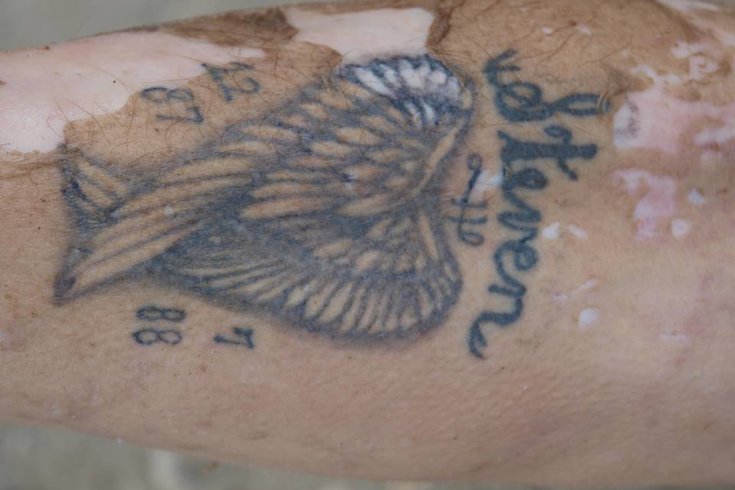 A woman whose body was discovered in the waters of an Ocean City beach Tuesday had this tattoo on her arm.

Police are asking for the public's help in identifying a woman whose body was discovered in the water of an Ocean City beach Tuesday.

Authorities responded to a report of the body discovered on the shore at 57th Street.

The unidentified woman, who appears to be between the ages of 35-50, was wearing a purple shirt and blue jeans.

Her right shoulder also had a tattoo with the name "Patrick" and an unreadable secondary name surrounding a heart.

A second tattoo on her right forearm had the name "Steven" accompanying angel wings with the dates 12-97 and 7-88. 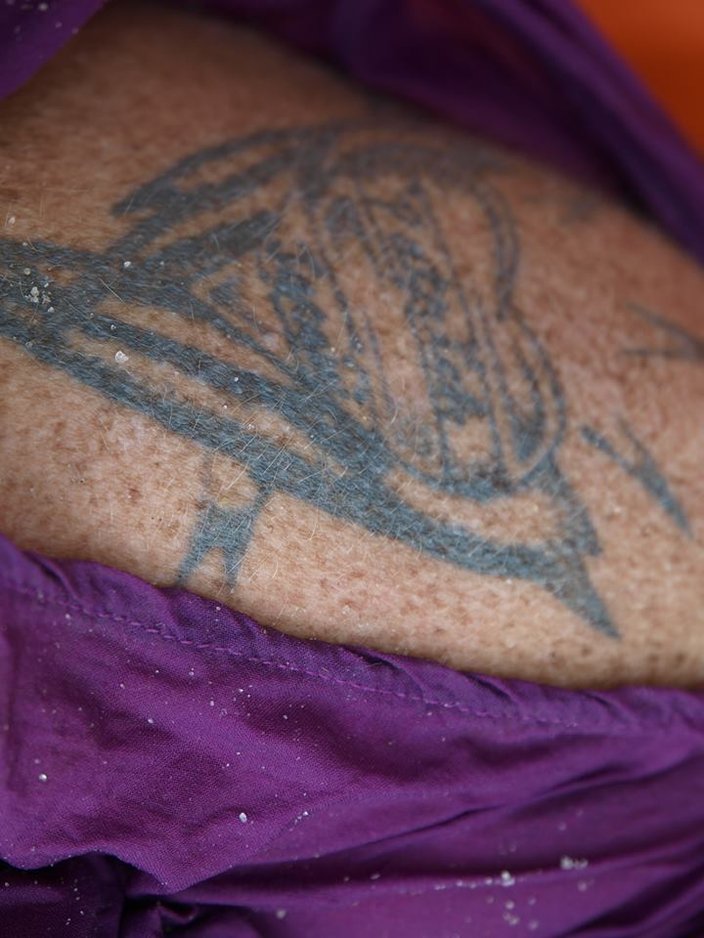 A woman whose body was discovered in the waters of an Ocean City beach Tuesday had this tattoo on her arm. (New Jersey State Police/Facebook)