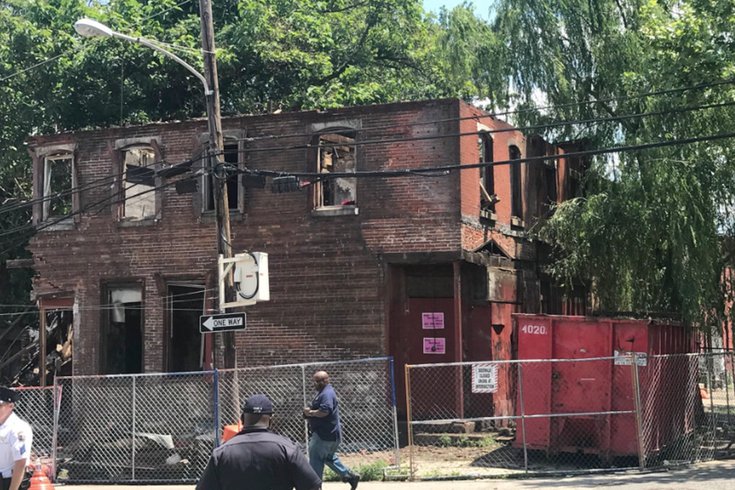 This home under demolition in the 1500 block of North Bailey Street partially collapsed Monday morning, Philadelphia fire officials reported. One worker died in the accident.

A worker was trapped and killed Monday when a two-story home under demolition in the Brewerytown section of Philadelphia partially collapsed.

The man was one of two workers at the building in the 1500 block of North Bailey Street around 11 a.m. when the rear of the structure collapsed, fire officials told the Associated Press.

One of the workers was able to escape the debris, but a 60-year-old man became trapped and was pronounced dead shortly after the collapse. He was not immediately identified.

The PFD along with all our partners responded to a partial building collapse on the 1500 Block of N. Bailey. Our thoughts and prayers are with the community. pic.twitter.com/IwFR44RrOT

Fire commissioner Adam Thiel said the building remains unstable. The city's L&I Department is investigating the cause of the collapse.

Nearly five years ago to the day, on the morning of June 5, 2013, a building undergoing demolition collapsed onto the neighboring Salvation Army thrift store at 22nd and Market streets in Center City. Six people died and fourteen others were injured.

On Tuesday, from 11 a.m. to noon, the June 5th Memorial Park will be dedicated to the memory of those who lost their lives in the accident.