Hint: It's not Philly – though we are further down the list 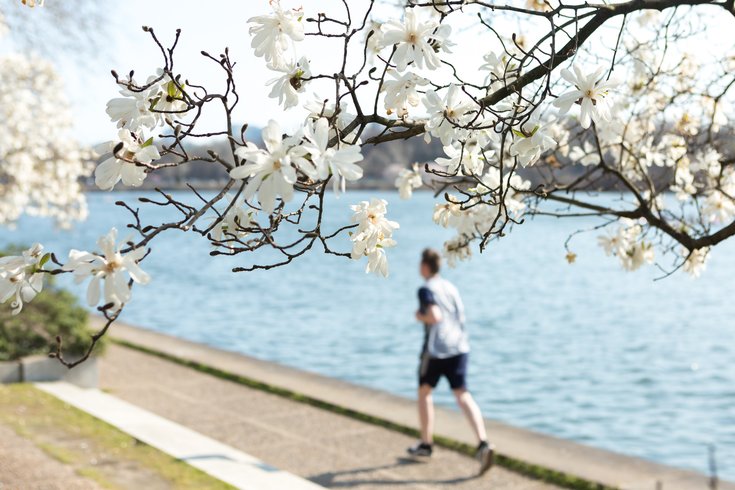 Running along the Schuylkill River Trail on a spring afternoon.

Sure, warmer weather, longer days and free ice cream are some of the things to be most excited for at the onset of spring, but there’s one major aspect that most people dread: seasonal allergies. In fact, many people are already struggling with symptoms.

The Asthma and Allergy Foundation of America (AAFA) has released its annual report outlining the "most challenging" places to live for spring allergy sufferers, dubbed the “Allergy Capitals, Spring 2019.” And a Pennsylvania city claimed a dubious position in the Top 10 ranking of the 100 major U.S. cities.

“Allergies are a major public health concern, with more than 50 million Americans suffering from allergies every year,” the AAFA writes in their report, adding that it’s one of the country’s most commonly overlooked diseases.

RELATED READ: Apparently tons of Americans lie to their bosses about allergy symptoms

The foundation broke down the allergy rankings by region. The worst cities in each region: McAllen, Texas in the South: Toledo, Ohio, in the Midwest; Fresno, California in the West; and Providence, Rhode Island, in the Northeast.

Here's the Top 10 worst cities for spring seasonal allergies, according to the AAFA:

Scranton, a city of about 77,000 people in Northeast Pennsylvania, ranked eighth on the list, making a quite a jump from 47th place in 2018. Philadelphia, is 25th on the list, up from 30th last year. Allentown ranked 47th this year, after Pittsburgh at 41st. No New Jersey cities were ranked on the AAFA's list.

Each of the cities were ranked based off of factors like their pollen score, medicine utilization per patient and the amount of board-certified allergists per patient. From there, the AAFA gave each city a ranking of “worse than average,” “average” and “better than average.” The score of each category was tallied to give each city their total score — and the higher the score, the worse the allergies.

According to the AAFA, one of the biggest and oldest nonprofits dedicated to asthma and allergies, spring allergies are often caused by tree pollen from birch, elm, oak and willow trees.