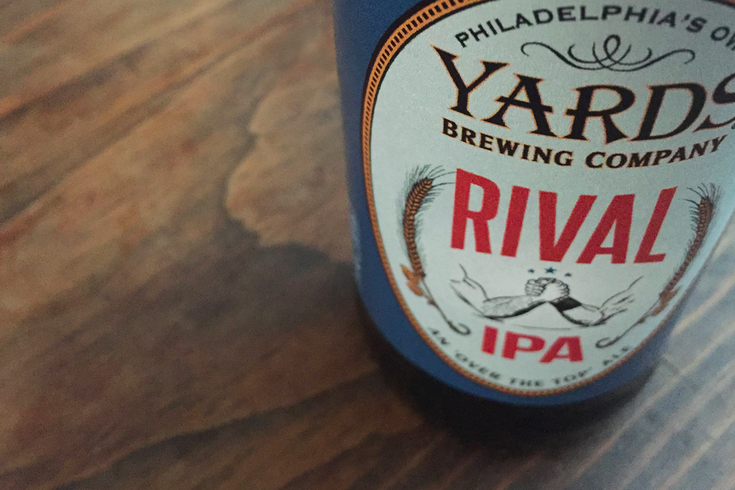 Make way for a new IPA — one that Yards Brewing Company promises will be more drinkable than what's recently flooded the market as craft brewers scramble to out-bitter one another.

Called "Rival IPA," the company's new seasonal brew (Yards has never been one for pumpkin ales) is a spin on the since-discontinued, amber-colored and malty Yards Rye IPA. This brew takes that malt base and enhances it with extracted hops and elevated pine notes, courtesy of Chinook hops. The ale's made more complex by adding Centennial, Citra, Simcoe and Columbus hops — which combine for a light citrus finish, despite being an amber.

The beer's ABV clocks in at about 6.2 percent, slightly less than Yards' standard IPA.

The decision to release the ale, the company explained in a press release, came after noticing the Yards Brawler remained their second-best-selling beer, just behind Philadelphia Pale Ale. That, of course, is despite the English mild hardly being the most desirable style on the market right now.

Look for the new Yards Rival IPA in bottles, drafts and half-kegs starting Oct. 1. Take note that the muscular packaging is a play on the 1987 Sylvester Stallone arm-wrestling film, "Over the Top."