For up-and-coming comic, it’s high time to snuff out the weed jokes 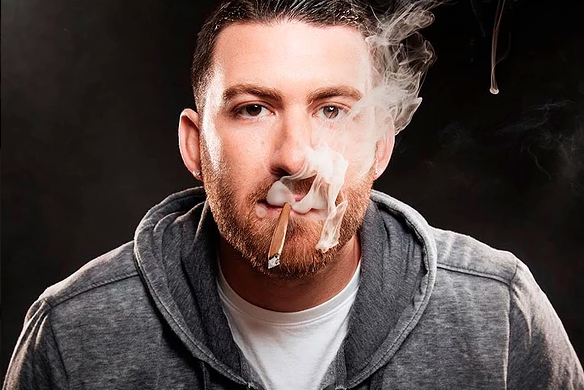 It’s not that Noah Gardenswartz has turned into a junior Jeff Sessions. Instead, the smart-and-funny young comedian no longer feels compelled to wring laughs out of his fondness for cannabis.

“At this point, the act people will be seeing is not about doing many of those jokes. I’m trying to move on to what will be the next album.”

As the Denver-born, Atlanta-reared current resident of New York explained, “My comedy is an honest reflection of my life at the time. So, when I first started doing comedy fresh out of college, marijuana was a big part of my life. So it was involved in a lot of my stories; creativity came from being high.

“But as I’ve gotten older and busier, I have less time to do drugs. I’m talking about it less and less onstage.”

Not that Gardenswartz, who jokingly described the body of his work as being for “high, black Jews” has ever aspired to make finding humor in getting high his stock-in-trade.

“I never wanted to be identified as a ‘pot comic,’” he said. “I feel like they’re kind of a cliché stereotype of this stoned-out idiot that I don’t really feel like I am or portray. When people think about potheads, they often don’t think about productive, intelligent people; I like to pride myself on being both of those things.”

Nonetheless, the former Emory University basketball player insisted weed is “inherently funny just because when you get high, sometimes silly things happen and, more importantly, you think outside of the box. I think a lot of great comedy…comes from seeing things from a slightly different angle, and having those thoughts that aren’t so readily available to the average mind.”

Besides, he noted, his life recently took a turn that has left him a lot less time for toking. He is part of the writing staff of “The Marvelous Maisel,” the buzz-heavy Amazon dramedy from “Gilmore Girls” creator Amy Sherman-Palladino and her husband, Dan Palladino, that is set in the standup comedy world of turn-of-the-1960s New York. It’s a job that has Gardenswartz walking on air. 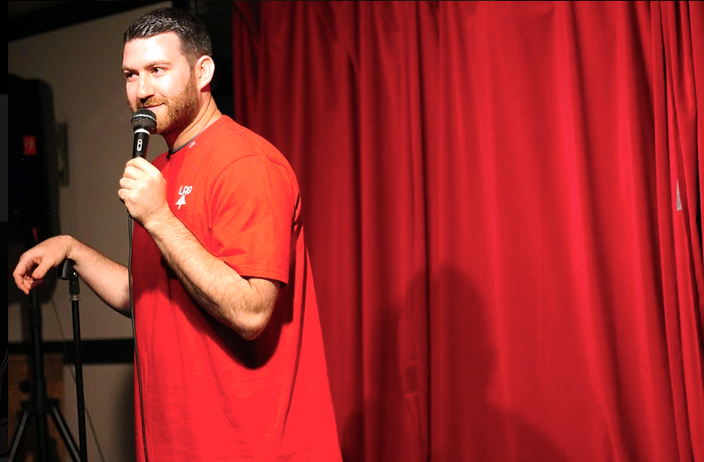 “For the first time in my life, I’m making good, consistent money,” he said. “It’s not very often that as a standup comedian you can bank on a [regular] paycheck. So it is nice to be able to live a little more comfortably.


“But more importantly, the biggest benefit is that I’m learning from some of the best writers in the business. I’ve always been a good writer as far as jokes go, but writing for TV and writing scripts is a very different skill set, and it’s a hard one to learn how to get good at unless you’re learning from the right people.

“So I do feel very fortunate that the Palladinos…are the creators of the show. I’m just learning a lot about writing for television in terms of narrative and plot development and pacing, which are things you really can’t learn on your own. You kind of have to be in the room to understand how it works.”

Nonetheless, Gardenswartz is also learning that even the best jobs have downsides.

“I’m still out late at night every night and on weekends doing standup, so I don’t have a lot of time for myself. I’m there 9-to-6, 9-to-7 in the office writing, then I’m usually at shows from 8 to midnight, so in terms of just having time to sleep, play basketball, be a boyfriend, all those things kind of fall to the wayside. I don’t have a lot of personal time.

“But it’s worth it because I’m kind of doing everything I always wanted to do with my career. I really am living out my dream right now: writing for TV and doing standup at night.”