If you have comedian Artie Lange in your “death pool,” the former “Howard Stern Show” cast member has two words for you:

“A bunch of a**holes are gonna lose so much money on the Internet. I can’t wait! I would not eat gluten for four months, just to make that happen!”

Lange, of course, has carved out a successful career with material that frequently revels in his unabashed lifestyle, which seemed to epitomize the phrase, “too much is never enough.” For years, he has mined comedy gold from his drug-and-alcohol abuse, as well as his gambling addiction. But, he insisted, he’s turned over a new leaf.

The wake-up call came in the form of Lange’s March arrest in the parking garage of his Hoboken, N.J. apartment building, where police found cocaine and heroin in his car and on his person. Despite the circumstances, Lange was given probation by pleading guilty to three “disorderly person” counts (essentially misdemeanors) rather than on felony drug possession charges. The sentence, he admitted, was not the handiwork of some high-priced lawyer, but the result of what he dubbed the “Hoboken Dance.”

“Hoboken’s an old-school kind of town, and I made a couple phone calls; called in a couple favors,” he explained. “They dropped the major charges.”

Dodging what may have been some serious hard time has apparently motivated Lange to straighten up and fly right—including getting his health issues under control.

“Pretty recently,” he offered, “I got a full physical, and I was alright. The doctor had a surprised [tone] in his voice: ‘Your liver’s not great, but you should do alright with it.’ The kidneys function…those are the things you worry about. So, not bad, although I could always do some sit-ups. But it’s not as bad as you might think.” 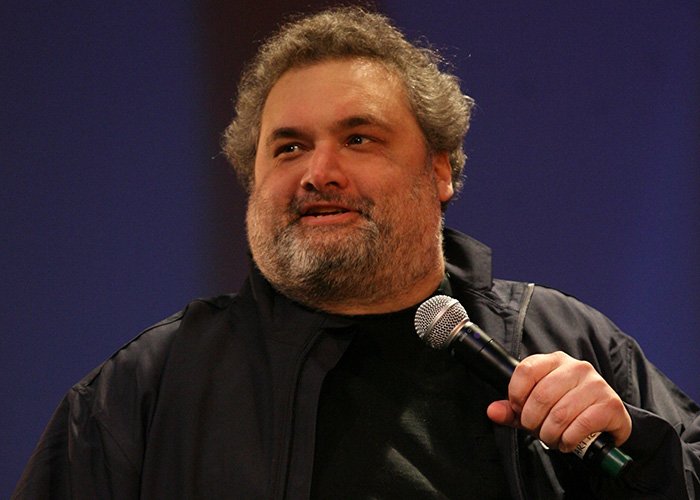 Artie Lange appears Saturday, June 10, at the Borgata in AC.

For Lange, Saturday’s visit to Borgata is hardly just another payday. He has made the lavish gambling den his Atlantic City base since 2004, when Stern invited some of his crew and their significant others to an all-expense-paid St. Valentine’s Day weekend there. At one point during the visit, a Borgata exec suggested Lange should perform at the bayside gaming hall.

“We sold 6,000 tickets for two shows in a second,” he bragged. As such, they suggested he “do three gigs here a year. I’ve done it ever since.”

Not that Lange was a stranger to the town before that. He suggested his first visit may have come when he was a 17-year-old guest at a buddy’s bachelor party. And, he noted, it was in AyCee that his love affair with gambling took flight.

“It was at the Larry Holmes-Mike Tyson fight [in January 1988],” he recalled.

“My buddy’s father was a really big gambler at the Claridge [now a non-casino hotel] and he got us tickets. Tyson hit Holmes with a punch in the fourth round that we heard in the upper deck. We heard his neck snap. And I lost a bunch of money; I thought Holmes, with that jab that he had, was gonna beat him.

“I lost money on that, then at the tables…and I was off and runnin’!”