Artie Lange on Howard Stern: 'We hate each other's guts' 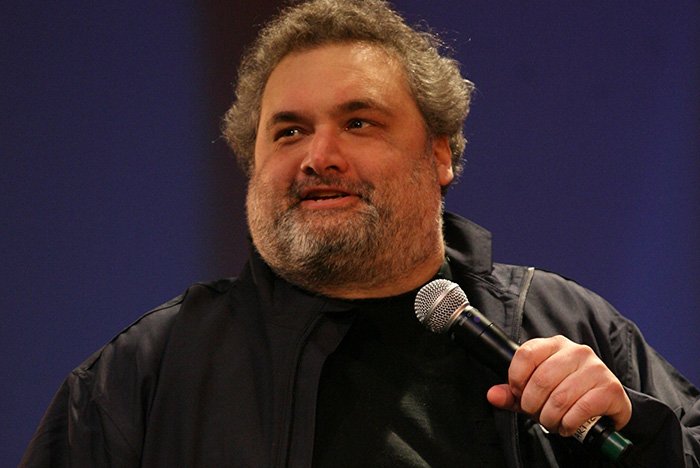 Wisecracking wag Artie Lange has built up quite a thick skin since he stabbed himself in the gut nine times with a kitchen knife, drank bleach, and slit his wrists in his Hoboken, New Jersey, home in 2010.

Now, he lives to tell self-deprecating jokes about his tumble into cocaine and heroin addiction, as well as his road to recovery.

“I’m very, very open about that. My fans are into that I think,” he told PhillyVoice during a recent interview plugging a show Saturday night at Valley Forge Casino Resort.

“They look at me as a guy who overcame and is doing well. A lot of it has to do with my drug use. I do joke about the fact that I’m the only guy who got fat on cocaine. That’s the one perk of coke – you get thin, but I got fatter,” he laughed.

The Howard Stern alum will be at the Valley Forge Music Fair on Feb. 4 and is also performing a sold-out show at The Trocadero on Feb. 10.

He said he’s got a lot to be thankful for over the course of his career, attributing much of his success to Stern and calling him his “biggest influence ever.”

Growing up in Union Township, N.J., the son of a general contractor and “roofer,” as Lange described him, Lange said he owes his introduction to Stern to his father, who said, “You’ve gotta meet this guy. He’s so funny.”

Lange’s father passed away before he ever got to see his son as Stern’s sidekick, but Lange said he knows his dad would be proud.

“I was [with Stern] for almost a decade…It made me a millionaire. It got me hot broads. And it also gave me a beautiful career that I cherish,” he said.

“I bought my mom a house. I looked up to [my father] my whole life, and now he’s probably looking up at me.”

Attendees to Lange’s two upcoming shows in the area can expect a little more political humor than they’re used to from the crass comedian. He’ll take jabs at Hillary Clinton for having the “insane idea” of wanting to take the office where “her husband got bl**n by a fat chick in,” and Bill Clinton for “wanting to have sex with a woman who looks like me in a beret.”

In 2004, a visibly tipsy Lange roasted Donald Trump at the New York Friar’s Club. Lange needles him, telling him if his daughter, Ivanka, wants her name on every building in Atlantic City, she should “marry a guy named Borgata.”

A year later on Howard Stern, Trump calls Lange a “loser” – to his face – and defends his success along the Atlantic City boardwalk.

“When he came in as a guest, he got very, very mad, and if you watch both things, it’s hilarious…because his temperament turns on a dime,” said Lange.

Asked if he and Stern still speak to one another after Lange's 2009 split from the show, Lange said no.

“No, no. We hate each other’s guts. It had a terrible ending,” he said.

“I became a heroin addict. I fell asleep on his show. That led to a fight and that’s what happens – then you go into rehab and, you know, they tell you, you lose friends.”

Lange said he can’t wait to come to Philly, calling the City of Brotherly Love, “the best town ever.”

Lange is on tour with his co-stars of the new HBO comedy series, “Crashing,” starring Pete Holmes, Judd Apatow, Lauren Lapkus and others. For more information on his new podcast and Twitter news, click here.