Pennsylvania-based company's president 'flabbergasted' about ad's censorship. Watch it below 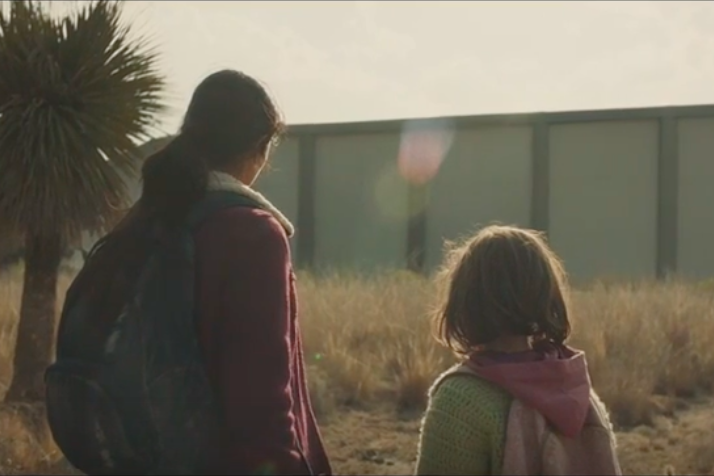 84 Lumber released the unedited version of its ad tackling immigration during the halftime show.

The first-ever Super Bowl commercial from 84 Lumber ran during Sunday's halftime show, but it wasn't the ad they had originally planned.

The Pennsylvania-based, private supplier of building materials, had to change the campaign after Fox said the ad's message about President Donald Trump's proposed wall along the United States-Mexico border was "too controversial," according to the New York Times.

The commercial, as originally written, told the story of a mother and daughter from Mexico, making their way to the United States where they are confronted by a wall at the border.

Though, that's not what Super Bowl viewers saw Sunday. The company instead ran an ad that shows the mother and child on their journey, followed by a link to the website Journey84.com, where the full commercial can be viewed, including the last scene with the wall.

“I still can’t even understand why it was censored,” Maggie Hardy Magerko, 84 Lumber’s president and owner, told The New York Times. “In fact, I’m flabbergasted by that in today’s day and age. It’s not pornographic, it’s not immoral, it’s not racist.”

The link on 84 Lumber's website said it would continue "the journey during halftime on 2.5.17" and that it "contains content deemed too controversial for TV."

The unedited version – seen above – was posted online Sunday and shows the mother and daughter as the trek from their home town in Mexico until they reach a large wall at the U.S. border.

While the mother seems to contemplate how to enter the United States – and is confronted with the fact that she may never – the daughter reaches into her backpack and pulls out an American flag the girl made herself.

The two find a way into the United States, and the nearly 6-minute-long ad ends with the message "The will to succeed is always welcome here."

84 Lumber's website crashed for a while Sunday from the rush of traffic to see the complete commercial after the TV-version aired during the game.

"In our industry, it's really rare to have a client who's brave enough to put their name associated with such a bold statement," said Cole Webley, director of the ad in a short clip posted on the company's Twitter page last week. "It's just not something you see everyday, and the opportunity to work with someone like that who's going to fight for what might not be the most comfortable thing to do or say, but [is] the right thing to do and say, is a rare opportunity and obviously a dream for our director."

An unforgettable journey lies ahead. See what happens 2.5.17. pic.twitter.com/JA6TXAgiWi

Some stories need to be heard. The journey of a lifetime begins 2.5.17. pic.twitter.com/PSAODyj3RL

President Trump formally announced his plan to build a wall along the U.S.-Mexico border last week, the first step toward fulfilling a controversial promise he had made during his campaign last year.

84 Lumber released the video above on its Facebook page on Tuesday, where it was met with a mix of positive and negative feedback. Some remarked that if the commercial does tackle the subject of illegal immigration, they would be prepared to boycott the company.

"To work at 84 Lumber, you need provide the proper documentation that shows you are permitted or eligible to work in the United States. However, we’re not going to exclude certain people simply because they aren’t viewed as politically correct. It would be a shame if that changed your mind about the quality of our products and services."

It's not the only politically inspired commercial to air during the Super Bowl. An Audi commercial addressed equal pay for women while Budweiser's spot told the story of the immigrant roots of its founders.