Lisa Lampanelli on Trump: 'at least we'll go down laughing if we go down' 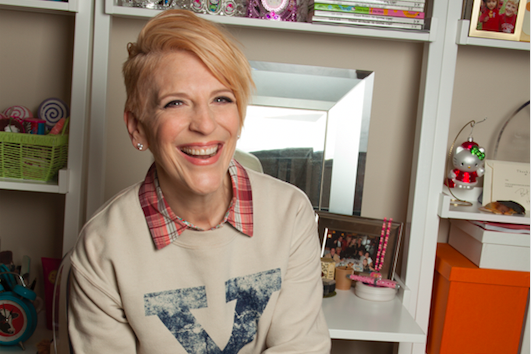 Lisa Lampanelli is scheduled for two shows on Jan. 28 at Valley Forge Casino Resort – at 7 p.m. and 10 p.m., but she said never once in her career has she used the same material back-to-back.

Comedy’s Queen of Mean, Lisa Lampanelli, will be performing at Valley Forge Casino Resort next week, and don’t think for a minute she won’t rake her old pal Donald Trump over the coals once again.

During an interview with PhillyVoice, the self-deprecating comic said the 45th President is actually a good sport when it comes to roasting – but it definitely depends on the source.

“He gets a kick out of me and likes my jokes. I really think this is going to be a great four years of comedy for all of us,” said Lampanelli.

“I don’t know how great it’s going to be for the world, but at least we’ll go down laughing if we go down.”

Lampanelli is scheduled for two shows on Jan. 28 at the King of Prussia complex – at 7 p.m. and 10 p.m., but she said never once in her career has she used the same material back-to-back.

“So much of my stuff is off the cuff and insult comedy and based off audience interaction – and plus I do a Q&A with the audience where they can ask me anything they want to – completely unscripted.

“Doing comedy seems like a night off anyway because it’s just so much fun.”

She plans to joke about her weight loss, dating, her divorce, her time on "Celebrity Apprentice 5" – which, much like the recollections of Lil Jon, she called it the “hardest, most exhausting thing I’ve ever done in my entire life.”

“I went in there, guns blazing, because I really wanted to stay on as long as could to earn as much money as I could for my charity. I was really happy that I ended up staying on the whole time.”

Lampanelli went on to earn $130,000 for the Gay Men’s Health Crisis in New York City. 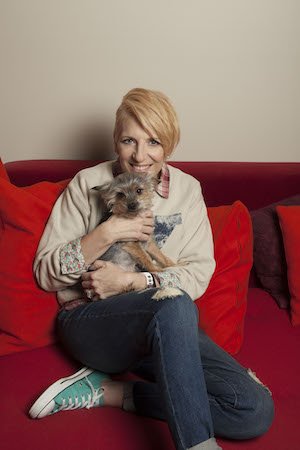 And, of course, she’ll poke at Trump.

“I roasted him twice. Once at The [New York] Friar’s Club, years ago, and the other was the Comedy Central roast. Both times, he completely loved it. I think in that context, he’s great, but obviously, in real life, it doesn’t work as well, because he takes outright offense to it. I think it’s like anyone else. If you joke with someone and you know them, they can take it, but they can’t take it if it feels mean. I know I was able to get away with a lot of jokes in front of his face, many times, but that’s because I have a way of talking where nobody takes me seriously. I don’t do political stuff, so he wouldn’t seem threatened by that. So far, I haven’t received any angry Tweet, so, that’s nice.”

Asked where she goes out when she comes to town, Lampanelli said she actually prefers being at home with her dog, rather describing herself as a homebody.

But when she does find herself downtown, she enjoys going to Rittenhouse Square.

“I love pretending to be as rich as those Rittenhouse people,” she said.

“I know I have money, but not Rittenhouse money, honey!”