Your live music picks this weekend in town 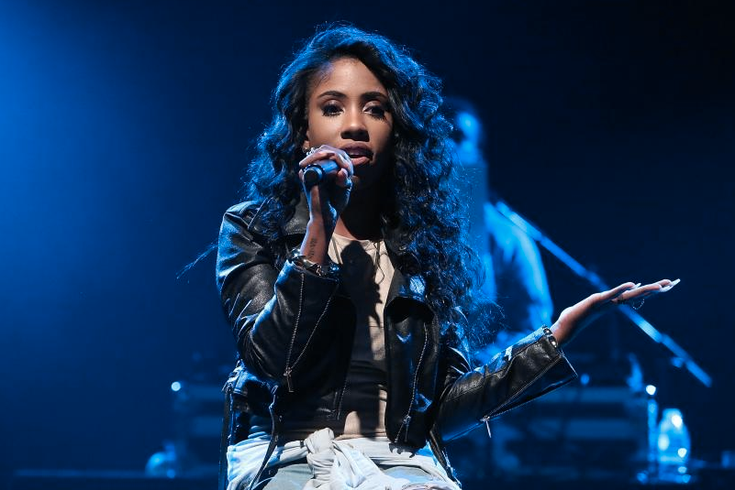 Full Bush, a heavy new Philly post-punk outfit, headline Kung Fu Necktie tonight with support from fellow locals AD.UL.T, Secret Seahorse, and Puke Party. The feminist quartet is currently prepping the release of a short debut EP—a full-length will follow—and nod to their South Philly roots with a charged up leadoff single called “Ray’s” – an homage to a favorite local hangout. Expect a noisy 2017 and plenty more shows from the group this year.

There’s something irresistible about D.R.A.M., the Virginia singer who charted one of 2016’s most endearing come-ups. After some awkward bitterness surrounding his first hit, “Cha Cha”—Drake unabashedly ripped it off for “Hotline Bling”—D.R.A.M. came back with another called “Broccoli,” somehow goofier and more infectious than the first. Glance at the “Big Baby D.R.A.M.” debut album cover and you’ll find him cuddling his now famous pet poodle with a beaming grin. His music carries that same unmistakable charm in spades.

An all-star showcase of East Coast jazz and soul legends show out for a fellow musician in need at a benefit concert tomorrow night. The well-travelled and much respected trombonist Jeff Bradshaw, a North Philly native and session musician for the likes of Erykah Badu and Jay Z, was recently diagnosed with a rare intestinal disorder called diverticulitis. To raise funds for Bradshaw’s ensuing medical bills, Jill Scott, Robert Glasper, and many more take over the TLA.

The Florida singer Sevyn Streeter had a tense few months in Philly at the end of 2016. Originally scheduled to sing the National Anthem at a 76ers game in October, the organization blocked the performance because Streeter was wearing a “We Matter” jersey. They quickly apologized to save face and invited her back last month, jersey in tow.

After plugging away for years in a pair of vocal groups, Streeter struck out on her own in 2013 and has been releasing fantastic and slightly quirky R&B ever since. Her debut album, “Girl Disrupted,” releases later this month.

A member of the dancefloor collective the Brick Bandits, D.C.-native-cum-Philly-regular Gun$ Garcia is a club DJ first and foremost. A fast study behind the decks, Garcia has quickly racked up a discography of mixtapes and trail of shows as both a headliner and tour DJ.

West Philly’s Matthew Law, a plugged-in stalwart and growing presence on the DJ circuit, puts on his first Friends & Fam party of the year at Kung Fu Necktie on Saturday. The years-running event folds a visiting selector into the local festivities each month for a night of dancefloor friendly hip-hop, R&B, house, and more.

Brandon Can’t Dance is a quietly looming figure in the Philly music scene, rubbing shoulders with celebrated indie artists while mounting his own unassuming rise as an endearing alt pop upstart. He sings softly and emotionally, frequently folding his voice into the wrinkles of his variously soft and grungy synth backdrops. Fresh off the release of his first-ever physical LP, a wonderfully quirky record called “Graveyard of Good Times,” Brandon Can’t Dance celebrates the milestone with a release show at Everybody Hits on Sunday.