The rate of confirmed, new cases across has been cut in half since last week, Gov. Phil Murphy says 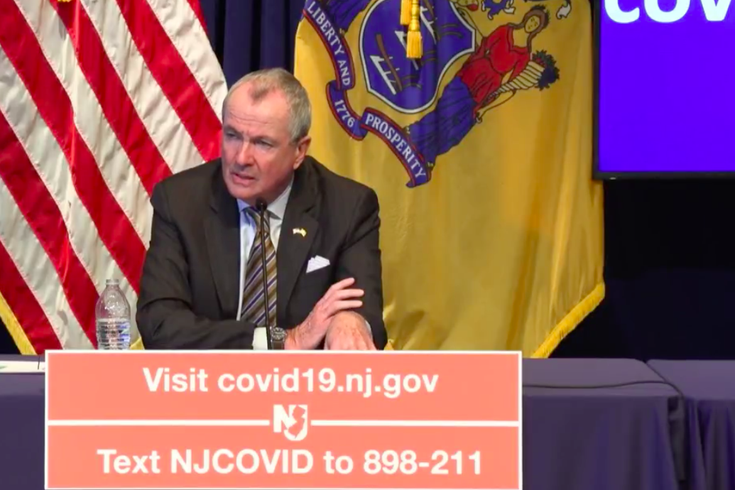 While confirmed cases of coronavirus continue to rise across the state, New Jersey is seeing the rate of new cases decrease since last week, indicating that social distancing is working.

New Jersey is beginning to show signs that the curve is flattening in the state's fight against the coronavirus pandemic, Gov. Phil Murphy said during his daily briefing on Monday.

While the number of confirmed cases in New Jersey continues to rise, the growth rate of new COVID-19 cases is not as steep, going from 24% day-over-day on March 30 to 12% on Monday.

The data shows that social distancing guidelines are starting to pay off, Murphy said. He issued a stay-at-home order on March 21 as the outbreak began to spread in New Jersey. Murphy also mandated the closing of all non-essential business and banned all public and private gatherings.

The goal is to bring the growth rate of cases across the state down to zero, the governor said.

"What we can see, together, is that while we're not anywhere close to being out of the woods yet, we're on the right path to get there," Murphy said.

In real time, we’re seeing a DECLINE in the growth rate of new cases, from 24% day-over-day on March 30th, to roughly 12% today.

Our efforts #FlattenTheCurve are STARTING TO PAY OFF. Our job now is to keep flattening it to the point where our day-over-day increase is ZERO. pic.twitter.com/5o6MYdwYdt

But Murphy said New Jersey is at least two weeks away from the projected peak number of COVID-19 patients, which is projected to range from 86,000 to 509,000. If residents continue to practice social distancing, cases could peak as early as April 19, but that peak might not be reached until May 11 if residents start to flout the guidelines.

Murphy described the difference in projected cases across the state as "life or death."

Look at this graph:
Shadowed line = where we would be had we done nothing
Red line = our trajectory if everyone relaxed their social distancing & stopped staying home

If we continue to stay home and practice social distancing, we can stick ourselves to the bottom curve. pic.twitter.com/f2cbQaIrO4

"If you stop your social distancing, your life and the lives of our medical personnel will be in much more danger," Murphy said.

If we keep up with our current practices, we can get through the peak with the hospital beds that we’re preparing.

If we relax our social distancing, we will overwhelm the system to the point that ALL of our contingency plans, and then some, will need to go into effect. pic.twitter.com/6wgUrczC1I

Despite the encouraging news, Murphy urged residents to not use it as an excuse to return to normal life.

"The curve is flattening. But, this is no time to spike any footballs or to take our foot off the gas," Murphy said. "This isn't over – not by a long shot."