This college student landed a great job before he even graduated 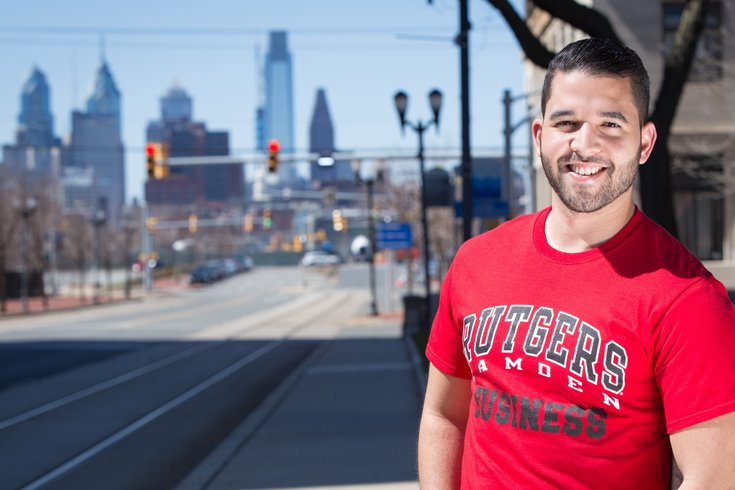 Yamamoto, who graduated from Rutgers University-Camden in May, has already lined up a prestigious full-time job.

Many senior students spend the last few months of their college years stressing about their post-graduation plans. This was not the case for Hideki Octavio Yamamoto, who graduated from Rutgers University-Camden in May. He had already lined up a prestigious full-time job at KPMG in Center City, Philadelphia.

Yamamoto credits the Rutgers University-Camden Career Center with his success in finding a good job so quickly. He first visited the career center during his junior year at the university. A staff member helped him improve his resume, and when he followed up to tell her he was searching for an internship, she immediately responded.

“In less than 20 minutes, she called and said, ‘We have an employer here. Do you want an interview?’” relays Yamamoto. “It happened on the spot because they had an open gap between interviews. I went back and got the internship.”

The Rutgers-Camden Career Center didn’t stop there. It assisted Yamamoto in leveraging his first summer internship to land another coveted internship and then a full-time job as an audit associate starting in September.

“It happened so quickly, I couldn’t believe it,” says Yamamoto.

But the career center’s assistance wasn’t the only reason Yamamoto was able to procure an enviable full-time job. Many Rutgers University-Camden professors and staff members were dedicated to seeing him succeed.

“A unique aspect of the Rutgers community is that we go out of our way to help others,” he says. “I would not be in the position that I am today without the great support of faculty and friends. The benefits of a small campus are crucial to quickly find information and make connections. I’ve created personal relationships with multiple faculty members who eventually became my mentors. Their guidance has been a key component in my college career.”

A first-generation college student from the Dominican Republic, Yamamoto also credits Rutgers University-Camden’s many opportunities for student involvement for his success. During his time at the university, he was president of both Bridging 1st Generation Students and the Latin American Student Organization. He was also active in the Business Leader Development Program and Beta Alpha Psi, an honors organization for financial information students and professionals.

“The leadership skills that I developed by being involved changed who I was,” he says. “Before coming to Rutgers, I was a quiet and very shy student. I noticed everything that I missed by not getting out of my comfort zone, and I knew something needed to change. Rutgers-Camden gave me the tools and support I needed to become the person I wanted to be. Coming to Rutgers and being part of the community changed my life.”

Yamamoto not only acquired leadership skills while at Rutgers University-Camden but also valuable social skills. He learned how to successfully interact with people from a wide variety of cultures and countries. By serving as an RA in the dorms, studying in Germany and South Africa via Rutgers-Camden’s Learning Abroad program and visiting the nearby city of Philadelphia, he formed friendships with many people from diverse backgrounds.

“I have friends from India, Egypt, Pakistan, Vietnam and Colombia,” he says. “Being exposed to this extremely diverse community changed the way I saw Rutgers-Camden. At first, I thought it was going to be the place I went to school, but it became my home. The diversity here is what I value most. Getting to know people with such different views and backgrounds helps you understand more about the world and yourself.”

Yamamoto graduated May 18 with a dual degree in accounting and finance and is looking forward to starting his full-time job in September. His experience illustrates how the many opportunities at Rutgers University-Camden — socially and professionally — can translate to a bright future.