Time for a change

After eight years of Chris Christie’s damaging policies, the last thing we should do is give him four more

By Committee to Build the Economy 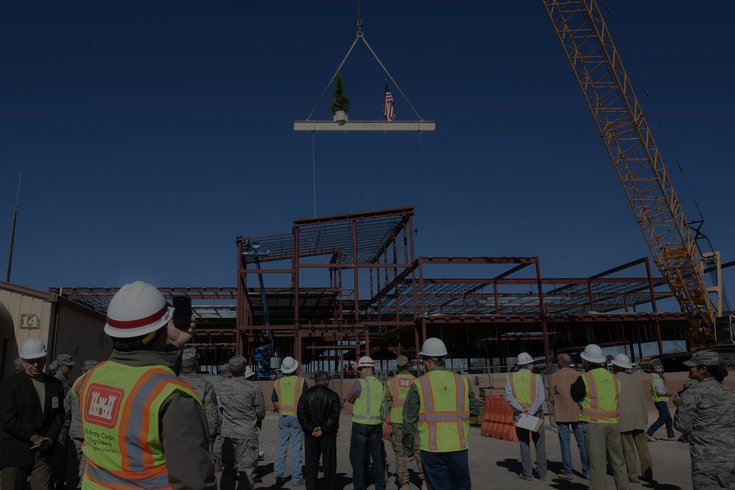 Committee to Build the Economy/for PhillyVoice

It’s time for a change in New Jersey.

It’s well-known that the New Jersey governor wields tremendous power, from serving in the only statewide elected office to having line-item veto power over the state budget. The amount of responsibility that is directed to the governorship goes far beyond what’s appointed in other states, and for that reason, we need a bold, dedicated public servant at the helm to ensure a stable economy and equal rights for all state residents.

Unfortunately, the Garden State has been suffering at the hands of Chris Christie’s failed governorship for the last eight years. Having implemented disastrous changes for New Jerseyans, Christie’s administration now has the potential to carry on for another four years under his Lieutenant Governor, Kim Guadagno, who’s running to replace him.

The consequences of Christie and Guadagno’s actions have plagued New Jersey since 2010, and we can’t afford to let them continue. To rebuild our economy, protect women’s rights, and make the state more affordable for all, we’ll need a change in the way our governorship is run.

While it’s difficult to sum up the damage inflicted on New Jersey during the last eight years with Christie and Guadagno, it’s clear that the state is worse for their non-leadership in every notable way. Christie has been terrible for women, having removed $7.5 million for women’s healthcare from the state budget and vetoed gender-based pay equality. He rejected common-sense gun safety measures while proposing that New Jersey residents should be able to carry concealed firearms more easily, and flip-flopped on his gun stances to warm up to Republican voters while running for president. Christie failed to hold Exxon Mobil responsible for damaging our wetlands, while Guadagno worked to slash protections to the Highlands.

From an economic standpoint, their administration’s policies have been disastrous. Christie pushed tax breaks for the wealthy while allowing schools to be underfunded by almost $2 billion. Our state’s credit rating has been lowered eleven times in the last eight years. Christie vetoed legislation that would have provided welfare recipients with their first increase in cash disbursements since 1987.

The failed policies enacted by Christie and Guadagno have backed New Jersey into a financial crisis, while abandoning and denying basic human rights to large segments of the population. More of the same would be disastrous.

Although Kim Guadagno has differentiated herself from Chris Christie in minor ways, the two lawmakers have worked hand in hand for close to a decade. This July, at a conference of the Republican Governors Association, Guadagno called Chris Christie “my governor,” and said that people just don’t understand what a great job he’s done. Last year, Guadagno appeared on New Jersey 101.5 FM, touting her pride at being part of Christie’s administration and refusing to note any objections to Christie’s misguided leadership. In 2015, Guadagno told The Associated Press that she and Christie were “completely together on every issue.” Conversely, after voting for Guadagno in the Republican Gubernatorial Primary, Christie said that Guadagno was “the best person...to represent the party in the fall.” When examining the ways in which both Guadagno and Christie view their joint administration, it becomes abundantly clear that their destructive views have been mutually shared and carried out.

Beyond personal endorsements, Guadagno has served in a variety of roles in Christie’s administration, slashing critical regulations through the Red Tape Review Commission and serving as acting governor on countless occasions. Furthermore, Guadagno joined Christie in supporting Donald Trump’s presidential campaign by appearing in a GOP robocall on election day, pushing Republicans to vote for party candidates on the full ticket.

We have the chance to elect a governor with a clear vision for New Jersey’s future, which centers around building a strong, just economy, reducing gun violence, and promoting corporate accountability. Phil Murphy has continuously proven himself to be a dedicated leader with the financial know-how and community mindset to help rebuild the Garden State after eight years of the Christie-Guadagno administration’s destructive influence.

On November 7th, vote Phil Murphy for Governor. It’s time for a change in New Jersey.

Committee to Build the Economy