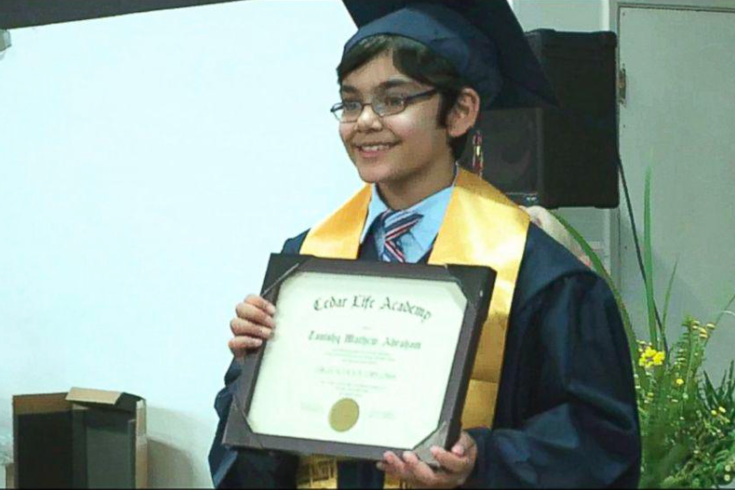 Read More
A precocious 11-year-old boy became the youngest person to graduate from American River College in Sacramento, collecting three associates degrees after taking classes with students twice his age.
CBS San Francisco Tanishq Abraham reports that Tanishq Abraham graduated high school at the age of 10 and has always been academically far advanced, according to his mother.

Congrats, Tanishq Abraham! Only 11 years old & he’s got 3 degrees? What have you done today? http://t.co/BCDJFfZU3N pic.twitter.com/XoIhJf2f8A

In an interview with KCRA, Tanishq said that he wants to earn a medical degree, become a doctor and medical researcher, and eventually (by law, at least 24 years from now) become President of the United States.

His favorite quote reportedly comes from the great Buzz Lightyear: "To infinity, and beyond!"

Watch the full segment at KCRA.