12 of Swarthmore College's most notable alums

The Delaware County school's famous graduates include a bevy of writers: Michener, Franzen, Albert and Lang 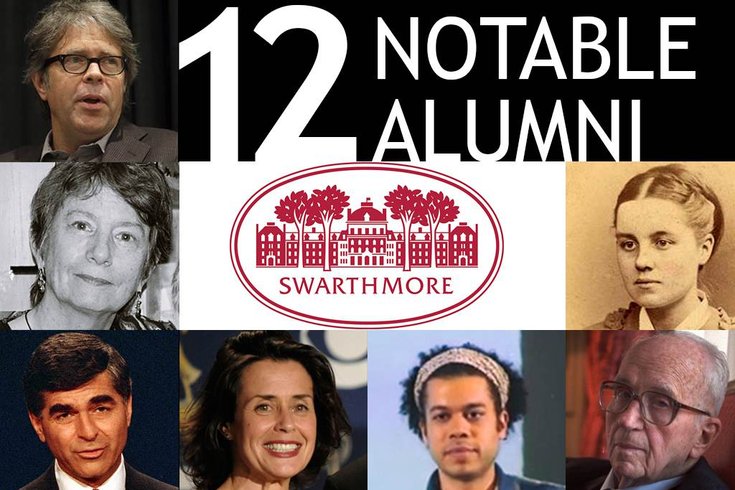 Organized by Quakers in 1864, Swarthmore College was one of the earliest coeducational colleges in the United States. (It dropped its religious affiliation by 1906, becoming nonsectarian.) Located on 425 acres in Swarthmore Borough, Delaware County, the college offers a curriculum of liberal arts with engineering. Among its most notable alumni are (many prolific) writers, as well as politicians and pioneering women:

Lisa Albert, an honors graduate from Swarthmore in 1981, is a television writer and producer. She won Emmy and Writers Guild of America awards for her work on "Mad Men," the AMC drama series. Born in New York City and now living in Los Angeles, Albert began her career in publishing and then moved into television writing. She has written for a number of TV shows including "Murphy Brown," "The Cosby Show," "Major Dad," "Beautiful People," "Living Single" and "Becker." In 1983, Albert and her mother Stella Saltonstall, established the Lisa P. Albert '81 Scholarship at Swarthmore, awarded to a student on the basis of scholarship and financial need.

Peter Benton Bart, 83, a 1954 graduate of Swarthmore, is a journalist and film producer. The longtime, former editor-in-chief of Variety, an entertainment-trade magazine, he is now editor-at-large for Deadline.com. The successful Bart has not forgot his years at the college, establishing in 2005 the Peter B. Bart ’54 Endowment to support the Film and Media Studies Program, and The Peter B. Bart ’54 Scholarship to assist deserving students.

Michael S. Dukakis, 82, two-time Massachusetts governor and Democratic nominee in the 1988 presidential election, graduated from Swarthmore in 1955 with a bachelor of arts degree in history. He served in the U.S. Army from 1955–1957 in Korea, and then received his law degree from Harvard Law School in 1960. He is the longest-serving governor in Massachusetts history. In 1988, he was the Democratic nominee for president, but lost to the Republican candidate, Vice President George H. W. Bush. Dukakis has been a distinguished professor of political science at Northeastern University and visiting professor at the School of Public Affairs at UCLA since 1991. "I was certainly interested in politics and public affairs when I arrived at Swarthmore in the fall of 1951, but I don't think I had ever seriously considered running for public office," Dukakis says in the book, "The Meaning of Swarthmore." "Swarthmore and Sen. Joseph McCarthy of Wisconsin did that for me....I found myself in a community of scholars, students, and activists that took McCarthy on and, with the help of a lot of other people, beat him."

Jonathan Franzen, 56, who graduated from Swarthmore in 1981 with a degree in German, is the author of "The Corrections," which won the 2001 National Book Award for Fiction. The novel, which earned critical acclaim, was a finalist for a Pulitzer Prize for Fiction and became one of the decade's best-selling works of literary fiction. Franzen also writes for The New Yorker magazine.

Stephen Lang, 63, the Tony Award-nominated actor and playwright and star of "Avatar," "Gettysburg" and "Gods and Generals," graduated from Swarthmore in 1973. He also was in "Tombstone" and "Terra Nova." Lang attended the George School, a Quaker boarding school in Newtown, Bucks County and went on to Swarthmore to earn a degree in English Literature. In May 2010, the college awarded Lang an honorary degree, citing his distinguished work in theater, television, and film. At the same ceremony, his youngest son, Noah, received his bachelor's degree.

Leland S. "Lee" MacPhail, a member of Swarthmore's Class of 1939, was president of the American League from 1974-1983. MacPhail, who played baseball and football at Swarthmore, was a baseball executive for 45 years, serving as the director of player personnel for the New York Yankees, the president and general manager of the Baltimore Orioles, assistant to Commissioner of Baseball William Eckert, executive vice president and general manager of the Yankees. He started his executive career with the Reading Brooks minor league baseball team. Inducted into the Baseball Hall of Fame in 1998, he and Larry MacPhail are the only father-and-son pair in the Cooperstown shrine. In 2012, MacPhail died in Delray Beach, Florida at the age of 95. At the time of his death he was the oldest living Hall of Famer. “My father shunned the attention and the spotlight,” Lee MacPhail’s son Andy, the president of the Philadelphia Phillies, told The Palm Beach Post in 2008. “My grandfather enjoyed it.”

Novelist James A. Michener, a Bucks County-born author of more than 40 books of historical fiction, graduated summa cum laude from Swarthmore in 1929 with a bachelor of arts degree in English and History. He was on the basketball team and a member of the Phi Delta Theta fraternity. Most of his meticulously researched books, including "Centennial," "Chesapeake," "Caribbean" and the Pulitzer Prize-winning "Tales of the South Pacific," were quite popular with readers. His novels are said to have sold 75 million copies worldwide. Raised a Quaker by an adoptive mother, Michener graduated from Doylestown High School in 1925. After Swarthmore, he taught English first at The Hill School in Pottstown and then at George School in Newtown. Called to active duty during World War II in the United States Navy, he traveled throughout the South Pacific Ocean on various assignments, inspiring his stories published in the breakout "Tales of the South Pacific." Michener dabbled in politics, chairing a Bucks County committee to elect John F. Kennedy in 1960. Two years later, he lost a Democratic bid for a seat in the U.S. House of Representatives from Pennsylvania. He went back to writing books. A big-time philanthropist, he donated more than $100 million to educational and writing institutions, including Swarthmore. Michener died on October 16, 1997 in Austin, Texas, at the age of 90, leaving most of his estate and book copyrights to the college.

Alice Paul was suffragist, feminist and women's rights activist, and the main leader and strategist of the 1910s campaign for the Nineteenth Amendment to the U.S. Constitution which prohibits sex discrimination in the right to vote. She was born in Mount Laurel to Quaker parents, a descendant of William Penn. Paul first learned about woman suffrage from her mother, a member of the National American Woman Suffrage Association; she would occasionally join her mother its meetings. She attended Moorestown Friends School, graduating top of her class, and in 1901 went to Swarthmore College, an institution co-founded by her grandfather. She sat on the Executive Board of Student Government, an experience that may have led to her enthusiasm for political activism. She graduated in 1905, then earned her master's in sociology from the University of Pennsylvania. The original author of a proposed Equal Rights Amendment to the Constitution in 1923, she fought for equal rights for just about her entire life. She died on July 9, 1977 in Moorestown at the age of 92, and was inducted, posthumously, into the National Women's Hall of Fame in 1979. Swarthmore has named a dormitory in her honor. 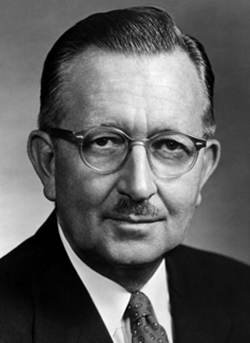 Thomas Rowe Price Jr., founder of the T. Rowe Price investment firm in Baltimore, received a bachelor's degree in chemistry from Swarthmore College in 1919. He was a member of the Delta Upsilon fraternity. In 1927, Price married Eleanor Baily Gherky, a Philadelphia native attending Goucher College in Baltimore. Rowe's father-in-law, William D. Gherky, was an inventor, engineer and former research associate of Thomas Alva Edison. He helped convert Philadelphia, New York, Boston, Chicago, Columbus and Baltimore from gas and steam power to electricity. Rowe worked briefly for Du Pont before founding the financial counseling firm in 1937. "More than any other person, T. Rowe Price popularized the 'growth stock' concept of investment," read his obituary in the New York Times. "In the period after World War II his approach capitalized on the success of some of the stock market's biggest moneymakers and became widely copied." Price died October 20, 1983 at the age of 85.

Helen Magill White, the first woman to earn a Ph.D. in the United States, was in the first graduating class at Swarthmore – in 1873.  Born into a Quaker family, she was raised to believe that she deserved the same education as a man. In 1869, her father joined the faculty of the new Swarthmore College. Helen enrolled as an undergraduate. (In 1871, her father was selected as the college's second president, serving for 17 years.) Magill went on to attend graduate school at Boston University, earning her Ph.D. in Greek in 1877. After serving as the principal for a year at a private school in Johnstown, Pennsylvania, Magill was selected in 1883 to organize Howard Collegiate Institute in Massachusetts. She died on October 28, 1944 at the age of 90. 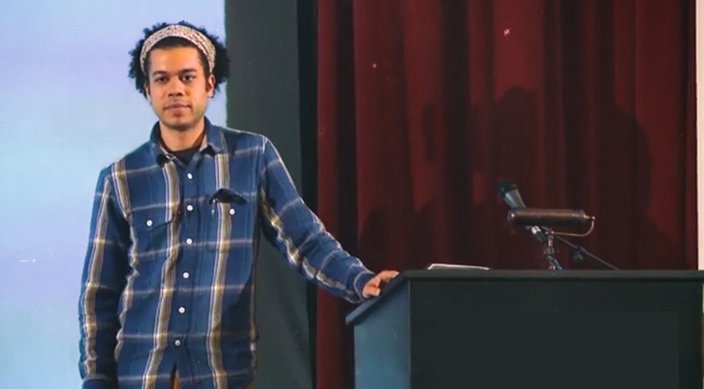 Micah White, 34, who in 2011 came up with the name Occupy Wall Street for a planned protest of excess in the financial industry, is a 2004 graduate of Swarthmore. He was a co-founder of the movement that spread to numerous cities worldwide. In December 2014, Esquire Magazine named White one of its most influential under 35-year-olds. The former editor of Adbusters magazine, he is the author of a new book, "The End of Protest," which explores "the future of activism, global social movements, the paradigms of protest, and the influence of media on the mental environment."

Cathy Wilkerson, a radical activist and former member of the 1970s Weather Underground group, graduated from Swarthmore in 1966. In her first year of college, she took an interest in politics, joining a civil rights group that organized anti-segregation work in Maryland. Her activism continued through her Swarthmore years and she joined Students for a Democratic Society. Wilkerson was arrested in Chester, Delaware County in 1963 handing outleaflets advertising a meeting on a planned boycott of public schools. In 1968, she was arrested during the Democratic National Convention in Chicago and charged with disorderly conduct. As a member of the Weather Underground, she survived a March 6, 1970 explosion at her father's Manhattan townhouse. Members of the group had been building a nail bomb in the basement of the building, planning to use it in an attack on officers at Fort Dix, New Jersey that night. Wilkerson, free on bail after the Chicago "Days of Rage" riots, eluded an FBI manhunt for 10 years. In 1980, she surrendered and pleaded guilty to unlawful possession of dynamite. She was sentenced to up to three years in prison and served 11 months. Wilkerson wrote a 2007 book about her experience in the Weather Underground, "Flying Close to the Sun: My Life and Times As a Weatherman."

• Charles F.C. Ruff – Special prosecutor during the Watergate scandal, defender of Anita Hill during confirmation hearings for Clarence Thomas, and counsel to President Bill Clinton during the Lewinsky scandal