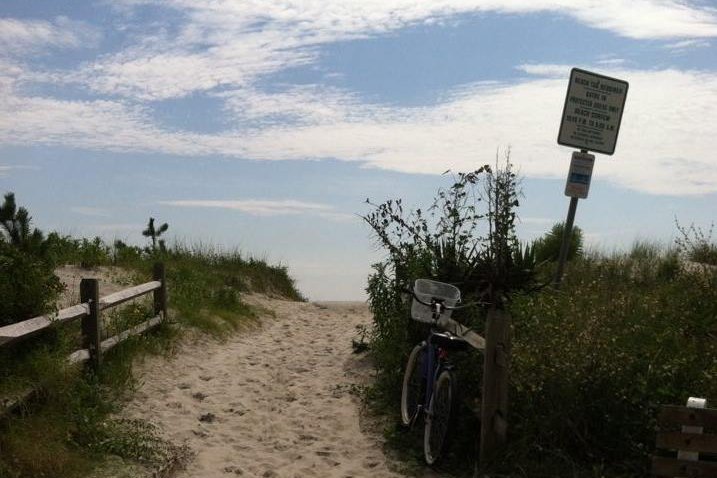 Sea Isle City's history is as bizarre as the restroom at the Ocean Drive on a Saturday night. Its founder, Charles K. Landis, developed Sea Isle after being fascinated by a late 19th century trip to Venice. Landis later shot a newspaper editor in the back of the head for questioning his wife's sanity; he was eventually acquitted after pleading temporary insanity.

Well over a century after its founding, the town is changing. Busch's Seafood has shuttered and been demolished, making way for a mixed-use building that includes condos, an events venue and an oyster house. The Acme has undergone a makeover. Plans have been put into motion to extend the Promenade down the length of the beach.

Ultimately, Sea Isle City's got a little bit of everything. Down the shore with the kids? There's space for outdoor recreation, mini golf and a host of other family activities. Renting out a house for a party weekend? The bar scene is lively and leaves plenty of options. Looking for peace and tranquility? Relax out on the bay after breakfast at Sunset Pier.

uring the summer months, the population swells to 250,000, according to the city.

If you're heading down to Sea Isle this summer, here are the basics you need to know:

Yup. They're required for all beaches from Memorial Day to Labor Day from 9 a.m. to 5 p.m for all beachgoers 12 and older. Here are your options:

Beach tags can also be purchased at the city's offices at 300 JFK Blvd. from 9 a.m. to 4 p.m., seven days a week (except Wednesdays in July and August), through the Viply app on your iPhone or on the beach from one of the roaming tag checkers.

Tags aren't required on Wednesdays, with the exception of the Fourth of July. Free tags for active military personnel and veterans, as well as their immediate family, are available with the proper paperwork. More information on that and beach tags can be found here.

The Sea Isle City Beach Patrol is on duty from 10 a.m. to 5 p.m., Monday to Friday, and 10 a.m. to 5:30 p.m., Saturday and Sunday. The dates that lifeguards are on duty at certain locations vary, but lifeguards begin working Memorial Day weekend and all stop working after Labor Day. More information on hours and locations can be found here.

Information can also be obtained by contacting Capt. Renny Steele of the Sea Isle City Beach Patrol by calling 609-263-3655 or by emailing rsteelesic@yahoo.com.

Swimming only is permitted at bathing beaches during hours that lifeguards are on duty. Public restrooms are available at 32nd, 40th, 44th and 85th streets.

Dogs are not allowed on the beach or the Promenade from May 1 to Sept. 30.

Surfing, kayaking, volleyball and rafting are only allowed at certain beaches, which can be found here. Alcohol consumption is prohibited in all public areas.

Street spots with meters go by a rate of 25 cents for 15 minutes. Seasonal parking permits are available for $200, and weekly permits are $30. Permits can be purchased at City Hall.

Parking lots are located at:

Don't worry, though, there are plenty of spots to park for free throughout the island. The area you need to be wary of is, generally speaking, between 30th and 50th streets. More information on parking can be found here.

Family events are frequently held on the Promenade and at Excursion Park, the outdoor stage located at 40th Street and Pleasure Avenue. A full calendar of events can be found here.

There are plenty of outdoor recreation options, including Dealy Field, a large outdoor sports field and playground; basketball courts at JFK Boulevard Park; and a playground on the beach at 85th Street. Sports seminars for kids are held at Dealy throughout the summer. More info on that here.

Sea Isle is well-regarded for its dining and nightlife. A list of bars and restaurants can be found here.

Also, this Sea Isle blog has updates on new development in the town and other happenings.