2019 Super Bowl teaser ads are here, from Luke Wilson to 'The Dude' 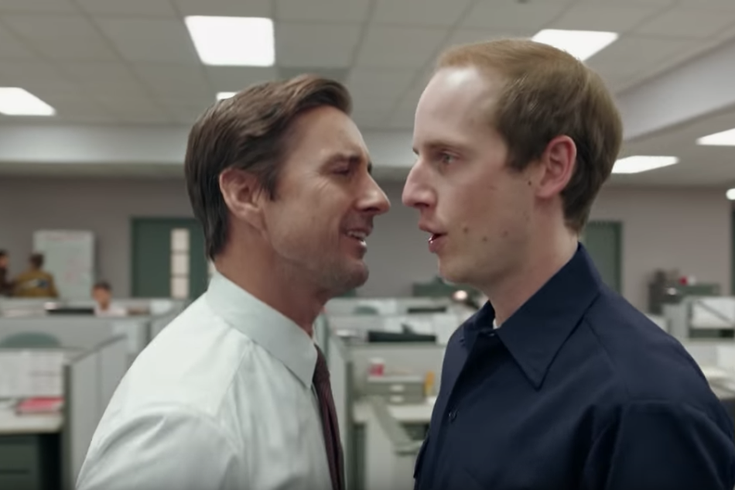 Watching the Super Bowl game is fun and everything, but if your team isn't in it, it's easy to see how the best part becomes less about the game and more about the commercials. (And maybe the Puppy Bowl.)

Teasers are featuring everyone from Alex Rodriguez to Lil' John to Christina Applegate. Rodriguez endorses Planters as he happily catches peanuts tossed by Mr. Peanut himself. Simple and cute, the ad boasts, “Game day’s gonna get nutty.”

Applegate is seen in the new M&M teaser as she fights someone to unlock the door. The former "Married with Children" star gets a bit carried away by the frustration as she throws out a few bleeped out expletives and even starts kicking the car door.

Lil' John, Cardi B, and Steve Carrell tease the Pepsi commercial in three separate teasers. Lil’ John, in all his glory, continually pours Pepsi into a cup and ends it with his infamous “OK." In another teaser, Cardi B taps on a can and delivers her infamous "Okurrr."  Steve Carrell is then seen reading a script and laughing, saying, “We’ll see.”

Colgate Total’s ad features none other than Luke Wilson as the commercial tries to demonstrate there’s no such thing as “too close.”  Thanks Colgate's toothpaste. Wilson plays a close talker who practically stands on top of everyone in an office as they basically try to discount his acceptance of being close talker.

But not to be outdone, Jeff Bridges returns as “The Dude” for a commercial that we’re not even sure what it’s promoting. The Cecil B. DeMille award winner at this year’s Golden Globes tweeted, “Can't be living in the past, man. Stay Tuned.” In the 15-second clip we see “The Dude” walking into what seems to be a bar, he looks at the camera, breaking the fourth wall, as he laughs. The screen goes to a tumbleweed with the date, "2.3.19."

Can’t be living in the past, man. Stay tuned. pic.twitter.com/zL2CLYhGAM

But the best one by far is one that will be getting fairly limited airtime.