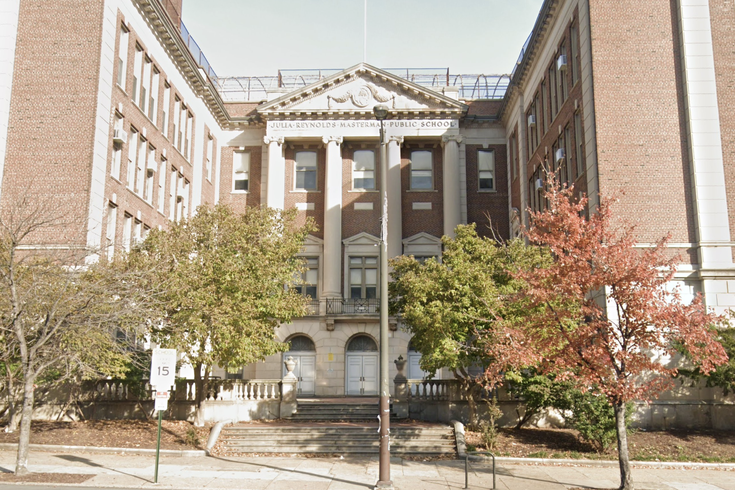 Julia R. Masterman High School ranks No. 1 on the list of best high schools in Pennsylvania and 10th among school in the U.S., according to U.S. News 2022 rankings. In New Jersey, all state's top 10 schools are in North Jersey. Haddonfield Memorial High School ranks 31st, best among South Jersey schools.

Julia R. Masterman High School ranked as the best high school in Pennsylvania again, while it continued to climb the national rankings, finishing as the 10th best high school in the United States, according to the newly published 2022 lists from U.S. News & World Report.

High Schools in Philadelphia and the surrounding suburbs occupy most of the top 10 spots in Pennsylvania, while on New Jersey's list, no high schools from South Jersey finished in the top 10.

Like last year, Masterman is immediately followed by Chester County's Downingtown STEM Academy at No. 2 in the state rankings. Radnor High School in Delaware County is No. 3, jumping one spot from 2021. Conestoga High School in Berwyn, Chester County, also is up one position to No. 4, and Philadelphia's Central High School dropped from third to fifth in the Pennsylvania rankings.

Academy at Palumbo in South Philly, another Philadelphia public magnet school, finished just outside the top 10, ranking 11th in Pennsylvania. Carver High School in North Philly was No. 33 and Girard Academy Music Program was No. 42.

Masterman, Downingtown STEM Academy and Central High School are magnet high schools, and students must meet academic criteria and apply for admission. The other two schools in Pennsylvania's top 5 – Radnor High School and Conestoga High School – are traditional public high schools, open to all students enrolled in those school districts.

The School District of Philadelphia overhauled its magnet school admissions this year – affecting students headed to high school in the fall – in an effort to create a more equitable process and make the student bodies at these schools – Masterman and Central are among them – more representative of the racial makeup of the school district.

Prior this year, administrators at each magnet school determined which students were admitted to their schools. Under the new policy, all qualified applicants to the school district's special admissions schools were placed into a lottery-based enrollment system.

The change was met with backlash from some parents. Some felt the school district did a poor job informing families of students about the changes, and others, who had their children enrolled in criteria-based middle schools, argued these students should get preferential acceptance into the special admissions high schools associated with their current schools.

With new policy, more students of color met the new admissions requirements at the district’s 21 special admission high schools. Among eighth graders in district, 65% qualified for admission, a jump from just 20% of students in the 2020-2021 school year. That is the result of significant increases in the number of qualified applicants across all racial backgrounds. How the district's new admissions process will change the diversity at Philadelphia's special admissions schools remains to be determined.

Masterman was ranked 18th by U.S. News in 2021. but jumped ahead to the 10th spot in the national rankings for 2022 with an overall score of 99.9/100. Its college readiness index ranked first in the state and 74th in the United States. It ranked first in the Pennsylvania for its students' performance in state assessments.

Downingtown STEM Academy was No. 44 in the United States with an overall score of 99.7/100. It is ranked first in the state for its college-based curriculum and proficiency in state exams. It is tied for first statewide and nationally for its graduation rate.