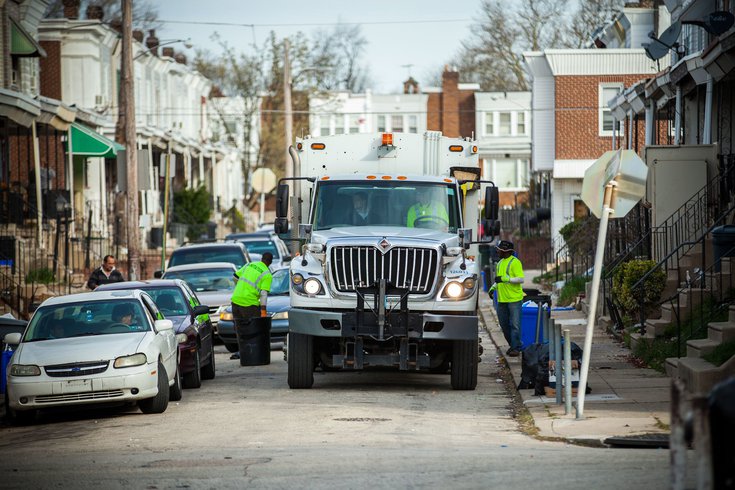 Councilmember Jamie Gauthier launched the JustServicesPHL campaign on Thursday, which calls for immediate investments in the city's budget to address quality-of-life issues in underserved neighborhoods.

An initiative calling for immediate investments for quality-of-life issues in underserved neighborhoods throughout Philadelphia was unveiled by City Councilmember Jamie Gauthier on Thursday.

The #JustServicesPHL campaign aims to address issues such as streetlight replacement, illegal dumping, abandoned cars and 311 system upgrades in communities that are often left behind. Gauthier said the city has failed to provide these basic services in areas outside of Center City, which has led to adverse health effects and safety concerns.

The campaign comes amid City Council's ongoing hearings regarding Mayor Kenney's city budget proposal, which he introduced in March.

"The timely delivery of basic services is at the core of a well-run city," Gauthier said. "But too often, those services aren't carried out evenly from neighborhood to neighborhood — and low-income communities of color too often bear the brunt of the harm this causes."

Gauthier pointed to data released from the City Controller's Office, which examined 311 calls in zip codes with the highest rates of gun violence. These 14 zip codes, which include areas in North, West, Southwest and Northeast Philly, also have high rates of 311 calls and L&I requests for basic municipal services.

Of the requests in those communities, 59% were regarding illegal dumping, while 45% were about missed trash or recycling collection. Other requests included abandoned vehicles, maintenance and vacant lot and property complaints.

Controller Rebecca Rhynhart noted that the data out of her office shows what residents in these neighborhoods have been feeling for years.

"Divestment, as a result of racist policies such as redlining, left certain neighborhoods in our city negatively impacted," Rhynhart said. "Today many of those neighborhoods bear the weight of the inequity in service delivery in our city — often not getting the same level of service as wealthier neighborhoods."

Today I was joined by elected colleagues and West Philly residents to launch #JustServicesPHL, calling for immediate major investments in the upcoming City budget to address quality-of-life concerns in neighborhoods throughout Philadelphia. 🧵 pic.twitter.com/A3chL111ow

The COVID-19 pandemic exacerbated already prevalent issues related to basic municipal services. During the initial surge of the public health crisis, communities throughout the city experienced delays in trash pick-up due to staffing shortages. Neighborhoods dealt with lapses in the city's 311 system, as well as streetlight outages, and agencies are just now beginning to resume regular service.

Still, lawmakers said on Thursday that these are issues residents in underserved neighborhoods have dealt with for years prior to the pandemic. Long-term issues related to trash pick-up and rampant illegal dumping have been found to have adverse health impacts on urban communities.

"From West Philly to North Philly to South Philly, neighborhood issues like broken street lights, illegal dumping, blighted properties, and abandoned cars have had an enormous impact on the safety and well-being of Philadelphia neighborhoods," said Councilmember Kendra Brooks. "To build a city where every person can live and thrive with dignity begins with meeting people's basic needs. And meeting people's basic needs means prioritizing quality of life services in our city's budget."

Targeted investments of the #JustServicesPHL campaign would include addressing major staffing concerns among city agencies, updating 311's system to make it easier to make reports and improving internal communication between city agencies and departments.

A 2018 study from University of Penn researchers revealed that cleaning up vacant lots can improve neighborhood safety. Areas where lots were remediated saw a 29% decrease in gun violence, a 22% decrease in burglaries and a 30% decrease in illegal dumping.

In those neighborhoods, 58% of residents reported fewer safety concerns, with more venturing outside to enjoy green spaces. The projects, done in partnership with the Pennsylvania Horticultural Society, found that quality-of-life interventions, like planting trees and cleaning up vacant lots, had a significant impact both in the amount of crime and the perception of crime in the neighborhood.

The same team of investigators repeated the project with a focus on blighted properties in the city. The study looked at Philadelphia's Basic System Repair Program, which provides grants of up to $20,000 for low-income residents to make home repairs.

If even one home on a given block received BSRP repairs, total crime on that side of the block was reduced by 21.9% and homicides dropped by 21.9% as well.

Gauthier will hold two hearings to highlight ways in which the city utilizes its resources and how those methods can be improved to provide targeted support for quality-of-life issues in underserved communities. On May 5 at 2 p.m., Gauthier will hold a hearing about illegal dumping and on May 13 at 10 a.m., she will focus on abandoned vehicles.