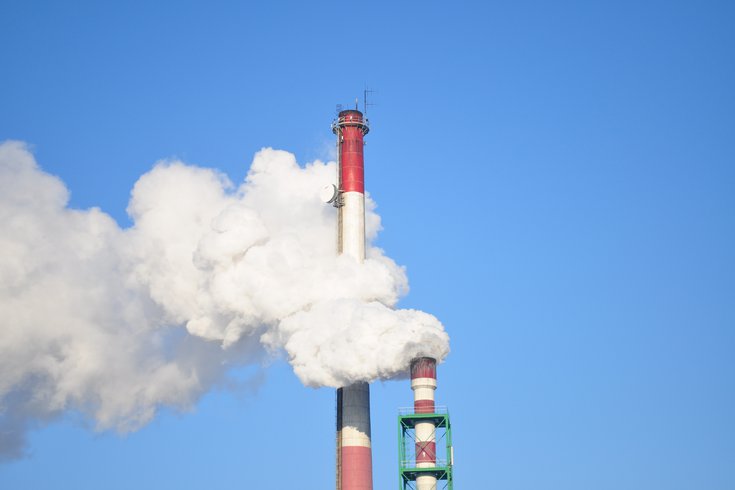 Pennsylvania just joined the Regional Greenhouse Gas Initiative, a program which establishes an annual compact-wide carbon emissions cap that gets lower every year.

The commonwealth just joined a compact with 11 nearby states which aims to lower carbon emissions from power plants through a market-based system.

Gov. Tom Wolf signed an executive order promising to bring Pennsylvania into the Regional Greenhouse Gas Initiative in 2019, but the state didn't officially join until Friday.

RGGI establishes an annual compact-wide carbon emissions cap which gets lower every year. Participating states each get an emissions allowance based on their size.

The initiative also requires power plants with a capacity of more than 25 megawatts to have a permit for each individual ton of carbon dioxide they emit. States auction these permits off from their own allowances four times per year. These permits can then be resold.

This is meant to encourage fossil fuel plants to lower their emissions and make renewable energy sources more competitive.

The proceeds states earn through these auctions are often reinvested into other initiatives which aim to lower greenhouse gas emissions.

Pennsylvania has one of the highest greenhouse gas emission rates in the nation and is by far the biggest polluter in the compact. The commonwealth's participation is expected to expand RGGI's influence nationwide.

By joining, the state expects to eliminate between roughly 100 million and 225 million tons of carbon pollution each year through 2030, the Pennsylvania Department of Environmental Protection reports.

Many Pennsylvania Republicans call the initiative a "carbon tax" and worry that the roughly $800 million in new costs one analysis expects power providers may face will be passed onto consumers.

Wolf's victory may be short-lived. The governor only has eight more months to implement the program and he could very well be replaced by a successor who is hostile towards it.

The legislation is already facing one lawsuit from Republican state legislators and more are expected.

But it's not just conservatives who are weary of this cap and trade system.

Attorney General Josh Shapiro, who is currently the only Democrat running for governor in Pennsylvania, told the Associated Press last year he wasn't sure if the approach is the best way for Pennsylvania to address climate change.