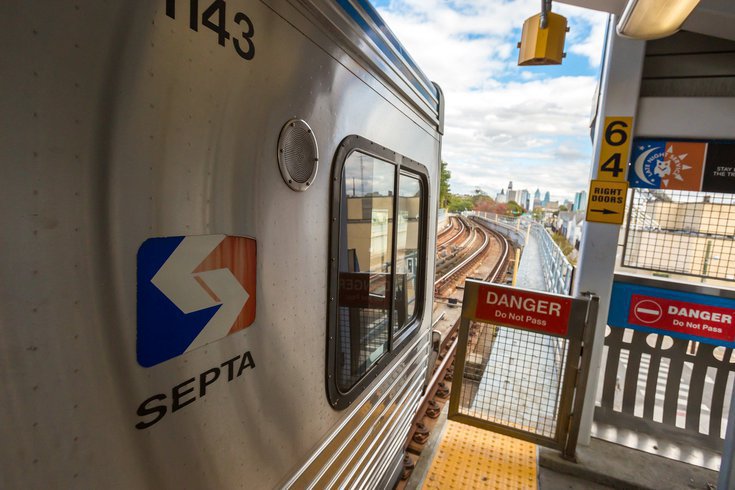 Twice in the last week, SEPTA riders have been shoved onto the tracks of the Market-Frankford Line subway in unprovoked incidents. SEPTA has been under mounting pressure to address glaring safety and security concerns.

SEPTA police are working with other law enforcement partners to locate a man who pushed a passenger on to the subway tracks from the Market-Frankford Line platform at 30th Street Station on Thursday evening.

Investigators said the incident happened shortly after 7:00 when a man entered the station, descended to the platform and then aggressively approached another man who was waiting for the train. The suspect shoved the man onto the tracks before turning away and leaving the station. The man who was pushed was able to safely get out of the tracks, but it was unclear whether he suffered any injuries.

Authorities said the suspect did not pay a fare when entering the station.

SEPTA shared surveillance photos of the suspect and advised police to be on the lookout.

The incident comes just a week after another man was pushed onto the Market-Frankford Line tracks at Berks Station last Thursday around 3 p.m. Authorities said the man who was pushed last week also had no prior interaction with the assailant. No arrests have been made in that investigation.

Security has been an ongoing issue at SEPTA stations around the city, particularly during the COVID-19 pandemic, and has played a role in causing low ridership that has stunted the system's recovery.

In February, 10 juveniles were arrested after a woman and a man were shoved onto the Market-Frankford Line tracks at 8th Street and 11th Street stations.

Philadelphia City Councilman David Oh this week introduced a measure to withhold $10 million in budgeted funding for SEPTA unless the authority hires more officers and increases their wages to be competitive with other police forces.

Over the past year, SEPTA has committed to deploying more social outreach workers, especially along the Market-Frankford Line, to help improve conditions on subways. Nearly 90 "guides" from partner agencies have been assigned to stations to approach vulnerable people and intervene to prevent violations such as drug use on the transit system. Scotlandyard Security officers also have been part of the effort to keep the subway system safe and clean for riders.

SEPTA officials said the authority plans to update City Council on its ambassador programs to provide a better picture of the efforts the agency is making to address ongoing security issues.