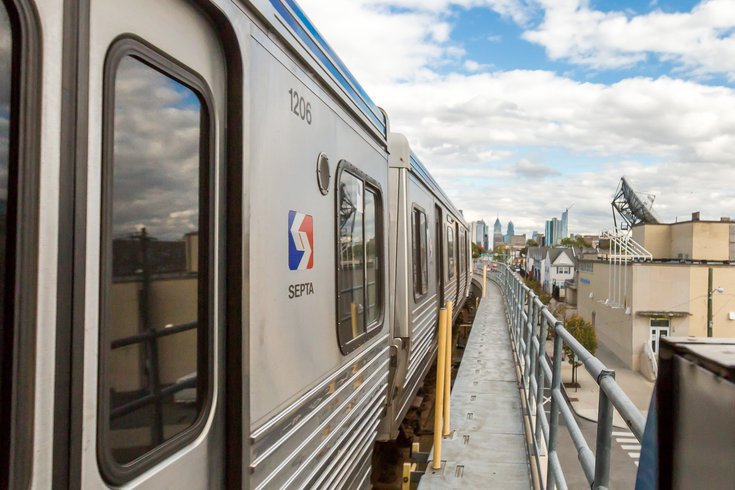 SEPTA is expanding outreach programs for vulnerable people who take refuge in the transit system by making a more concerted push to direct them to outside resources where they can receive assistance.

The transit system has long been troubled by public safety issues and the makeshift sheltering of chronically homeless Philadelphia residents. Earlier this year, SEPTA launched an initiative known as SCOPE (Safety, Cleaning, Ownership, Partnerships and Engagement) to address problems that have contributed to service disruptions, hazardous environments and sometimes violent crime.

A second initiative called SAVE (Serving a Vulnerable Entity Unit) has paired SEPTA Transit Police officers with social workers aboard the Market-Frankford Line in order to connect with vulnerable riders and respond more effectively to persistent complaints from those who use the El.

Both of these programs soon will see an influx of outreach specialists from three agencies: Merakey Parkside Recovery, Eagle Staffing and One Day at a Time, Inc.

"They're there to engage with the individual, ask them what kind of help they need, if they need help," Golden said. "From there, the point is to get them the services they need. These social outreach workers are trained to help these individuals and make them understand that there is help out there for them – and here's how you can get it."

SCOPE workers, who will be wearing vests that identify them, hold static positions at stations and try to intervene with people who are frequently at these locations. Workers in the SAVE program will continue to ride the Market-Frankford Line with Transit Police.

Both programs are a work in progress and are being assessed as they develop, with flexibility in mind for where they may be deployed, Golden said.

When SCOPE launched in April, it began with a series of deep cleanings and repairs at problematic Kensington stations that needed to be temporarily shut down for improvements. The initiative frustrated local residents who felt put out by a process that stemmed from inadequate security and maintenance, both on and off SEPTA property.

Initial data from the SCOPE program provided by SEPTA show that there has been fairly significant engagement at Kensington's Allegheny and Somerset stations, the only two for which information was available.

At Allegheny Station, there were 179 outreach engagements by social workers during the six month period from April to September, including 26 instances in which the individuals who were engaged by SCOPE workers accepted referral services. At Somerset Station, which saw far more activity, there were 586 engagements with vulnerable individuals and 105 accepted referral services during the same period.

SEPTA's other program, SAVE, got underway last November when SEPTA partnered with Merakey Parkside Recovery to begin work in Kensington and Center City. These are the areas where the consequences of homelessness and addiction are felt most acutely and funneled through the transit system.

During the pandemic, in particular, SEPTA has seen an alarming uptick in robberies and thefts at stations in Philadelphia in addition to complaints about drug use and unsanitary conditions. Transit Police Chief Thomas Nestel III has argued for several years that addressing the root problems of these crimes and vulnerabilities requires social work intervention, not police.

Nestel said he's been pleased with the early results of the SCOPE and SAVE programs.

"The partnership with outreach workers is allowing us to reach people who otherwise might be hesitant to accept help from police," Nestel said. "We are encouraged by the progress we have seen so far, and we are grateful to have additional resources for this important work."

These initiatives come against the backdrop of SEPTA's struggles with declining ridership and revenue due to the impact of COVID-19, from public health concerns among riders to dissatisfaction with system delays and a workforce that still hasn't returned full-time to offices. Plans are in motion to overhaul the subway system's naming conventions and reshape the bus network to make SEPTA services more appealing and accessible to the public, whose safety concerns will persist beyond the pandemic if not adequately addressed.

"These efforts not only help the vulnerable population, but they also provide a healthier work environment for our employees and make our system more welcoming to our customers."

SEPTA officials feel they can learn from the immediate results of these programs to better understand what's working and what will be required for a long-term strategy.

"These are extremely complex societal issues, and we know that they cannot be solved by law enforcement alone," SEPTA Board President Pasquale T. Deon Sr. said. "We are committed to addressing the challenges of the vulnerable population, while also ensuring SEPTA is positioned to play its critical role in our region's recovery."

Golden said the SCOPE and SAVE interventions will not result in people being forcibly removed from SEPTA stations and trains. The programs are based on relationship-building.

"It doesn't happen instantaneously where they just say sure take me to rehab or a shelter," Golden said. "With anything, it takes time. When the outreach workers see someone down on their luck, they'll engage them and keep coming back to try to engage."

Golden said SEPTA strongly encourages the public to make use of the Transit Watch app, which is designed to facilitate discreet and confidential reports of security concerns.

"We really want people to report theses incidences as soon as they see them on the system," Golden said. "That's why we have the Transit Watch app to identify these situations for transit police and outreach workers. It could be anything that these teams might want to know about — a fare evasion, a member of the vulnerable population, someone that just looks to be in distress, or if they see a violation happening."