SEPTA lifted its capacity limit on trains and increased cleaning efforts, yet ridership is still down by 60% 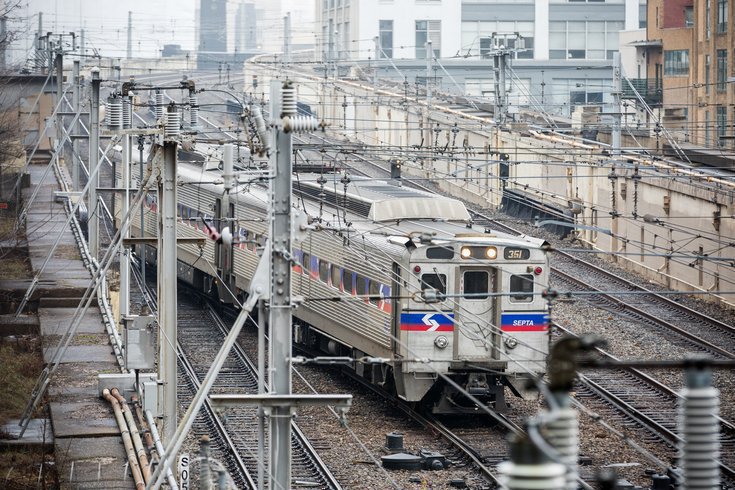 Even after the city eased its COVID-19 restrictions and vaccination rates continue to rise, SEPTA still remains below its normal, pre-pandemic ridership. Officials say remote work and COVID-19 concerns are likely what's to blame.

SEPTA's ridership remains significantly lower than its pre-pandemic traffic, despite Philadelphia lifting its pandemic restrictions and vaccinating more than 70% of the adult population.

When both the city and SEPTA's COVID-19 restrictions were lifted last month, ridership increased by 10%, but that's still falling short of its pre-pandemic traffic rates, officials said. Ridership currently sits at around 40% of its normal traffic.

The transportation authority increased cleaning operations, expanded its police force and created a seat availability dashboard during the pandemic to make riders feel safe, yet ridership sits at less than half of its typical pace.

"We're starting to see things trend in a little bit positive direction, but we're still a bit limited by continued remote working," SEPTA spokesperson Andrew Busch told PhillyVoice. "We expect some additional people will return to commuting to work, so we're monitoring that."

Officials say the lack of trust in public transportation and COVID-19 fears are also to blame for low ridership.

Busch said SEPTA increased its cleaning efforts beyond COVID sanitation to include power washing and trash pick-up at the stations. It plans to hire 200 employees to help keep the stations and trains clean.

"In general, we're trying to highlight riders' benefits in the system," Busch said. "We're really trying to emphasize that cleaning, safety and security message with our customers, and then also the convenience of SEPTA."

SEPTA partnered with the city for a marketing campaign, Ready, Set, Philly! aimed at encouraging travel to the city and traveling via public transit.

"We know that it's going to take some time to get our ridership back to close to where it was pre-pandemic," Busch said. "We're probably talking about a process of a year or two to get to those levels."

The worst days for SEPTA were in the early stages of the pandemic. Officials said its traffic plummeted by 90% between February and April of last year.

Last fall, ridership sat at just 30% of its pre-pandemic volume, and the transit service reduced its services to conserve funds, the Philadelphia Business Journal reported.

Still, SEPTA reported that since November it was losing $1 million per day in revenue due to the reduced income from ticket fares. Busch confirmed that figure still applies today.

"That's absolutely critical in helping with the everyday expenses of operating within the SEPTA system," he said.

SEPTA General Manager Leslie Richards said in an update last week that the transit system's services have largely come back. Approximately 85% of routes are running on normal schedules.

However, the late-night Broad Street and Market-Frankford service is still paused. Instead, SEPTA says riders can take "Nite Owl" buses that run every 15 minutes.

The transportation service said it has plans to bring back most of the remaining halted routes in the coming weeks. SEPTA approved its $1.5 billion operating budget for fiscal year 2022, which will allow it to operate at 96% of pre-pandemic services for transit, Philadelphia Magazine reported.

Busch said they will announce service expansions later this year in September.