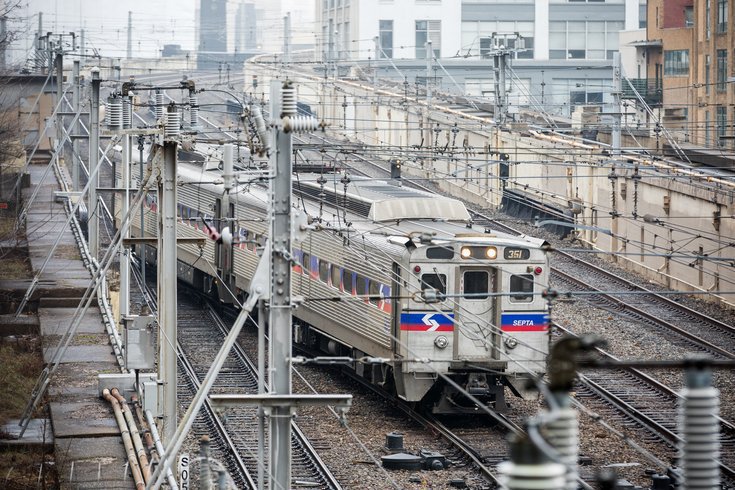 SEPTA is considering closing stations, raising fares and cutting certain service lines as a result of reduced ridership during the COVID-19 pandemic.

SEPTA predicts it will have a budget shortfall of $350 million for the 2021 fiscal year as a result of reduced ridership caused by the pandemic and a lack of government funding.

According to report by the Philadelphia Business Journal on Monday, this means transportation authority is considering closing stations, raising fares and cutting certain service lines to make up some of the money lost this year — and it could take years before the company gets back to its pre-pandemic numbers.

SEPTA is the country's seventh largest rail system, and ridership fell 90% at the start of the pandemic in March due to stay-at-home orders in Pennsylvania and New Jersey. Before the onset of the pandemic, approximately 20 million riders took SEPTA every month.

“We would be collecting around $40 million a month, and we were lucky to get about $4 million this summer,” Richards told Philadelphia Business Journal.

While ridership is on the rise in comparison to the complete shutdown of the system in the early spring, there's still a lot of work to be done to make up for the money lost. It's estimated it could take until the end of 2022 to get monthly ridership back up to even 80 or 90% of its pre-COVID numbers.

SEPTA received $644 million in CARES Act funding, having spent $149.6 million to cover gaps in passenger revenue through Oct. 24, according to the Philadelphia Business Journal.

Richard Burnfield, SEPTA's deputy general manager, said the remaining funds will get them through the end of the calendar year in 2021. SEPTA does not plan to pull from its capital budget to make up for the budget shortfall, while many other transit systems typically do, he said. The authority's operational costs of $1.53 billion are usually paid by passenger revenue and state subsidies.

SEPTA's not the only one in trouble. The Pennsylvania Department of Transportation asked for emergency funds of $6 million to help finish several ongoing projects, the Pittsburgh Gazette reported.

Without adequate funding, multiple projects will have to be halted. Officials are asking for emergency legislative approval by Dec. 1.

SEPTA recently approved a fare restructuring program that slightly increased prices, but allowed children younger than 12 to ride free and eliminated the $1 transfer fee. Because of the budget shortfalls, more increases could be coming.

“We’ll be faced with some really tough decisions starting next year as to what we’re looking at in terms of how we can continue to operate a service and what changes we can make to continue to operate our system with the resources we will have available,” Burnfield told the Philadelphia Business Journal.

Closing stations or shutting down certain lines could be more costly in the long run, SEPTA's Richards said. While closing stations is possible, bringing them back after months or even years of closure could be next to impossible, she said.