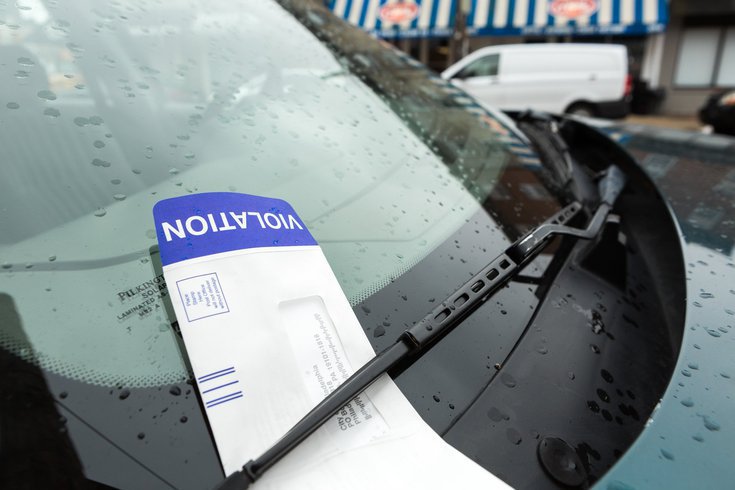 The Philadelphia Parking Authority is creating a bike patrol unit that will ticket vehicle parked illegally in lanes designated for buses and cyclists. The PPA plans to test the program for a year before deciding whether to expand it.

The Philadelphia Parking Authority is planning to create a team of officers that will patrol the city on bicycles, ticketing drivers who violate parking restrictions in lanes designated for bikes and buses. But first, the agency wants to test the program out.

During a board meeting Tuesday, PPA officials announced the creation of a six-person, bike-patrol unit – five officers and one supervisor – that will cover the area spanning from Delaware Avenue to 40th Street and Spring Garden to Bainbridge streets. According to a presentation, the unit will patrol the area for a year as a tryout, at which point the PPA said it will assess the program to determine if expansion is warranted.

PPA spokesperson Marty O'Rourke said it will take "a few months – definitely by the end of the year to get this enforcement program up and running." If the PPA decides to move forward with a full-scale operation, the unit will expand to 35 officers and three supervisors, and it will cover all 430 miles of bike lanes in the city.

To get the full patrol unit up and running, the PPA said it will need to negotiate with the leadership of District Council 33 – the city's blue-collar city-worker union – to create a new bike patrol officer position and pay rate. The presentation at Tuesday's meeting says individuals wishing to join the unit should have at least one year of experience as a parking enforcement officer. They also must must complete a three-day training course offered by the University of Penn Police and pass a physical.

The PPA has estimated some of the expenses associated with this unit: Bikes will cost between $1,500-$2,000; uniforms will be $750 per employee; bike helmets will cost $150 each; and another would be $2,000 would budgeted for maintenance of the bikes and creating an inventory of parts for repairs.

The PPA typically issues 60,000 bus-lane violations per year. With the COVID-19 pandemic keeping more people at home, the authority said the number of bus-lane violations fell from 43,767 in 2019 to 28,637 in 2020. In the past, the PPA has partnered with the Philadelphia Police Department and SEPTA to crack down on vehicles stopped in bus lanes along busy streets, which can disrupt everyone's travel times.

"It's hard for anyone commuting by bike, or just on a ride, to get anywhere without having to swerve around at least one parked car in the bike lane," said Randy LoBasso, the policy director of the Bicycle Coalition of Greater Philadelphia. "Better ticketing of these motorists who disrespect the law around parking and idling in rights of way, we hope, will help cut down on this sort of behavior by motorists."

According to LoBasso, Philly will become one of only a handful of cities where bike-lane violations are enforced by officers on bicycles once the PPA's program begins. The concept stems from a parking enforcement officer in Toronto. In 2017, the avid cyclist hit the streets on a bike to specifically target cars parked in bicycle lanes, and the program was so successful the Toronto Police Department expanded it.

"We're hoping this pilot is successful and intend to work with the PPA to ensure that it is," LoBasso said. "And with more and more Philadelphians choosing to ride bicycles, scooters, and other micro-mobility devices, there's no time like the present to get this started."