10 juveniles arrested after woman was pushed onto SEPTA subway tracks 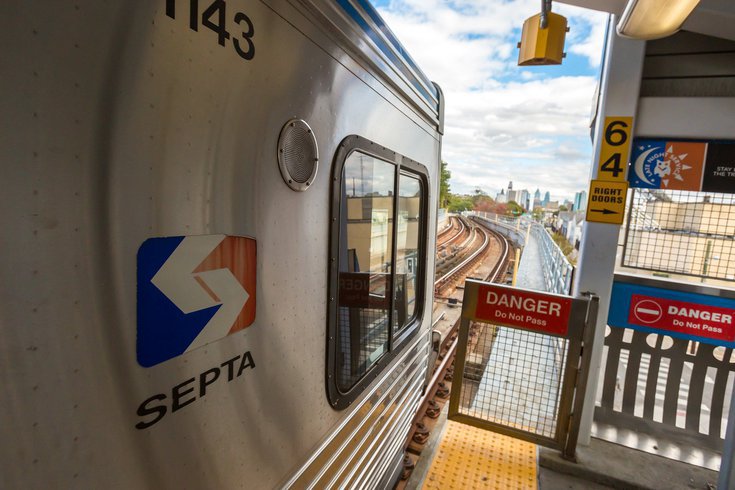 SEPTA's Market-Frankford and Broad Street subway lines have seen increasing rates of crime during the coronavirus pandemic as low ridership continues throughout the system. On Sunday, Feb. 6, a woman was shoved onto the tracks at 11th Street Station and a man was punched in the face at 8th Street Station. Ten juveniles were arrested in connection with the two incidents.

SEPTA transit police are investigating a pair of attacks by a group of teens who were "wreaking havoc" Sunday along the Market-Frankford Line in Center City. A woman was shoved onto the subway tracks at 11th Street Station and a man was punched in the face at 8th Street Station by the same group of juveniles before authorities were able to take 10 of the teenagers into custody.

The incidents unfolded between 7:30 and 8 p.m. at the two stations on the subway line's eastbound platforms, SEPTA spokesperson Andrew Busch said Monday.

"There were two very frightening parts of the incident," Busch said of the two attacks.

At 11th Street, a woman of unknown age, who was not involved with the group of juveniles, was pushed into the tracks by one of the teens. She suffered a wrist injury, but was able to get out of the track area and receive medical care.

There were no trains in the area at the time of the incident and the track's electrified third rail was shut down after SEPTA employees, witnesses and police nearby became aware of the attack.

"The third rail wasn't de-energized — it was still active when she was pushed in," Busch said. "It's kind of under the platform there, so it's not that you would contact it with a fall. But in a situation like that, it's a bit chaotic. When someone is pushed in the track area, they're worried about getting out and might not know what the third rail is and where to go. That's an extremely dangerous situation."

Shortly before the woman was pushed onto the track, the group of teens allegedly attempted to do the same to a man at 8th Street Station, the stop just before 11th Street, Busch said.

"He was able to fight them off some," Busch said. "He was punched (in the face). He didn't get thrown into the track, but was injured."

Both people who were attacked Sunday night were treated for their injuries and released, Busch said.

SEPTA transit police officers and assisting Philadelphia police officers were involved in an active pursuit of the juveniles as the incident unfolded. Multiple calls came in from SEPTA employees and passengers who dialed 911. Ten of the juveniles were taken into custody around 13th Street Station and City Hall, but a few got away and remain at large.

Busch said investigators believe they have identified a couple of juveniles from the group believed to be responsible for the assaults. Investigators continue to review surveillance video from the two stations and are interviewing witnesses to gather information. Charges could be forthcoming in the next few days, but the identities of those facing charges will not be revealed due to their status as juveniles.

"Those are obviously very concerning incidents from SEPTA's standpoint, both because there's the possibility that a train could come through — fortunately, there wasn't one in the area — and we also have the third rail power there," Busch said.

There was no apparent motivation for either of the attacks on Sunday.

"As far as we know, there was no other reason for this than just wreaking havoc," Busch said. "These didn't involve robbery or anything like that. We don't have an indication that they went there to target any one individual or group of people. It was just a situation where they went to cause trouble."

A group of three juveniles first approached two customers around 2 p.m. at 15th Street Station and demanded money from them at gunpoint. Two of the three juveniles were found and arrested within an hour, but neither was armed. As investigators searched for the third man, two additional incidents happened at 30th Street Station.

The remaining suspect allegedly approached one man at 30th Street Station and demanded money from him, then approached two more people who were threatened until they handed over a bank card and gave the suspect a PIN to withdraw money from a nearby ATM, Busch said.

Investigators shared information with the public to try to track down the suspect over the weekend. He was eventually found and taken into custody around 8 p.m. Sunday. The robbery suspect also was described as a juvenile, Busch said.

The alarming incidents this weekend continue a pattern of more frequent crime along SEPTA's Market-Frankford and Broad Street subway lines during the coronavirus pandemic.

Busch said the issues SEPTA is facing stem from a shortage of transit police officers and low ridership on the system, which has emboldened more criminals during moments when stations are relatively empty.

"We are short on officers. We have a police force about 260 sworn officers and we're at least 30 short of that right now," Busch said. "It's difficult recruiting for any police department right now. Numbers are down due to the pandemic. People have more options for jobs. We're very active in job fairs and working with community groups to talk with people about careers as SEPTA transit police officers."

As a short-term solution, SEPTA plans to modify deployments of its security guard force to ensure that they are at stations and on trains to actively engage potential threats. SEPTA also is working on establishing a virtual patrol that will bring in retired law enforcement experts to monitor live feeds from the system's surveillance cameras and help with rapid dispatch information.

With a limited number of transit police officers, Busch said SEPTA tries to be strategic about how it positions them throughout the system. The Market-Frankford Line has been especially difficult to patrol from one station to another, but SEPTA transit police attempt to intervene quickly as soon as incidents are reported.

"As bad as these incidents were and as frightening as it was for the people who were impacted, we did have police very close by who responded quickly," Busch said. "We have regular patrols of police through the Market-Frankford Line and at City Hall, which has a presence of officers at all times. Other stations do as well. We have to mix that up based on officer availability and travel patterns."

SEPTA hopes that improving levels of ridership, which plummeted during the pandemic, will reduce the amount of crime occurring on the system. It's a catch-22, since high rates of crime only serve to discourage the public from relying on SEPTA, particularly during times when fewer people are around.

Investigations into the incidents this weekend remain ongoing with SEPTA transit police.

"When incidents like this happen, we concentrate all of our efforts on responding and making sure we're doing everything that we can to get the people who are responsible," Busch said.