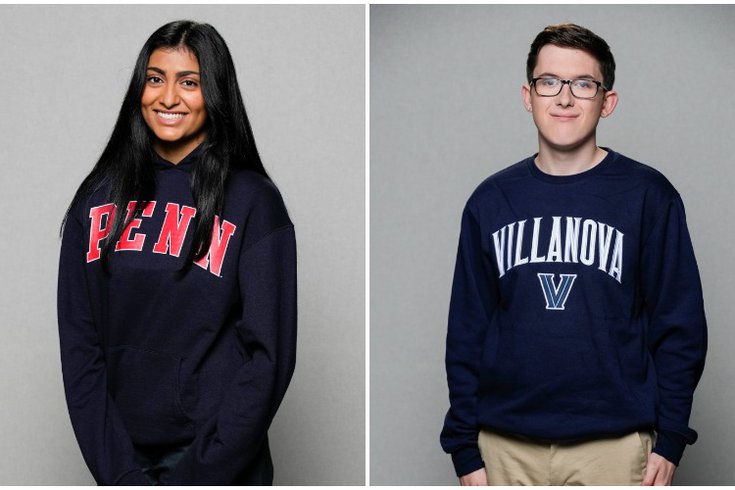 Mehek Boparai, of the University of Pennsylvania, and Mitch Macek, of Villanova University, competed in the 'Jeopardy! National College Championship.' Their games air this week.

Two students from the Philadelphia region will compete this month to earn the title of "Jeopardy!" collegiate national champion and a grand prize of $250,000.

Mehek Boparai, of the University of Pennsylvania, and Mitch Macek, of Villanova University, will go up against 34 other undergraduate students in the "Jeopardy! National College Championship" that premieres at 8 p.m. Tuesday on ABC.

Boparai, a senior English major from Hanford, California, will square off against University of Minnesota sophomore Emmey Harris and California Institute of Technology senior Toussaint Pegues in the quarterfinal round.

Boparai and Macek are in different quadrants of the bracket, meaning they can't face each other until the final round.

Boparai told The Daily Pennsylvanian that being on "Jeopardy!" was a dream come true. She said that she spent hours watching the game show's past episodes to prepare.

"I've always wanted to see — not myself on it — but I wanted my parents to see me because we watched the show every night," Boparai said. "I know some people want to buy their parents a house or pay off their family's mortgage, but, for me, it's always been that I wanted my dad to see me on 'Jeopardy!'" 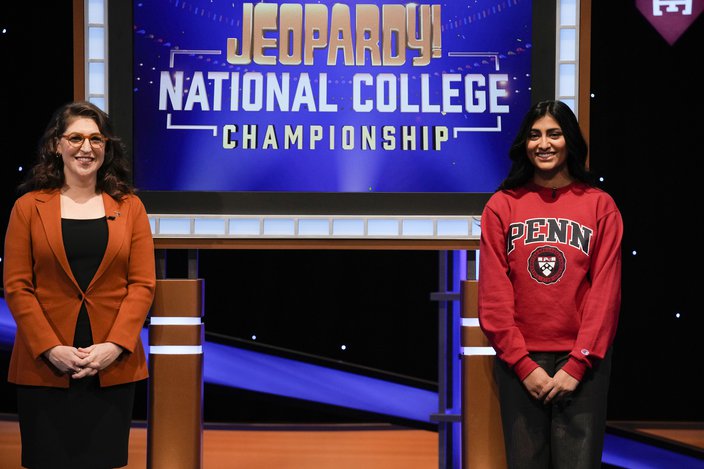 The same can be said for Macek, who told the York Daily Record that being on "Jeopardy!" was a lifelong dream. He prepped for the show by watching multiple "Jeopardy!" episodes per day and mostly studied up on subjects he doesn't know as well.

"The moment you step on [the set] your nerves kind of dissipate because you have to focus on the game and you just kind of get lost in it," Macek said. "I think my biggest regret is, you know, I wish I could play a million times. … Because playing the game was so much fun. I want to keep doing this over and over again." 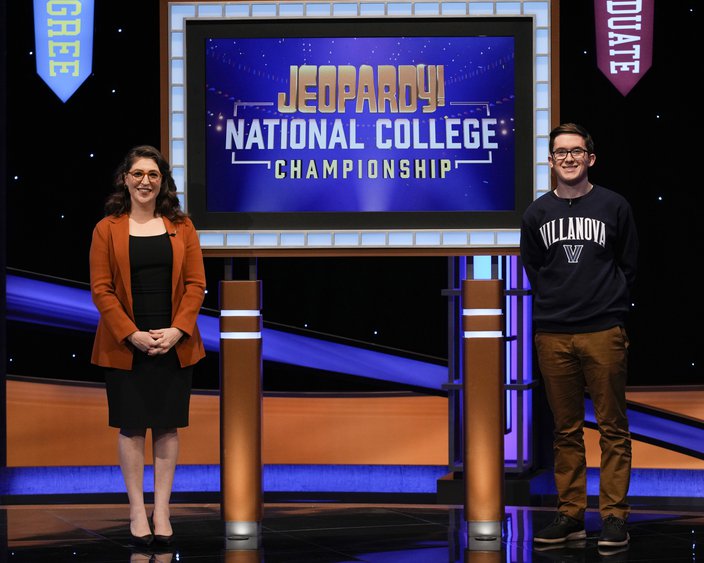 Each of the 12 quarterfinal round winners will advance to the semifinals. The four semifinal round games will be held Feb. 17-18 at 8 p.m., with two scheduled for each night.

Not every semifinal round winner will advance to the final. The three winners with the highest semifinal game totals will advance. The one with the lowest score will be sent home.

The final will be held Feb. 22 at 8 p.m. The primetime collegiate event will be hosted by Mayim Bialik.

New episodes will be available to stream the following day on Hulu. The competition was filmed in Los Angeles in November.