The album, which topped best-of lists at the end of 2021, is nominated for three Grammy Awards 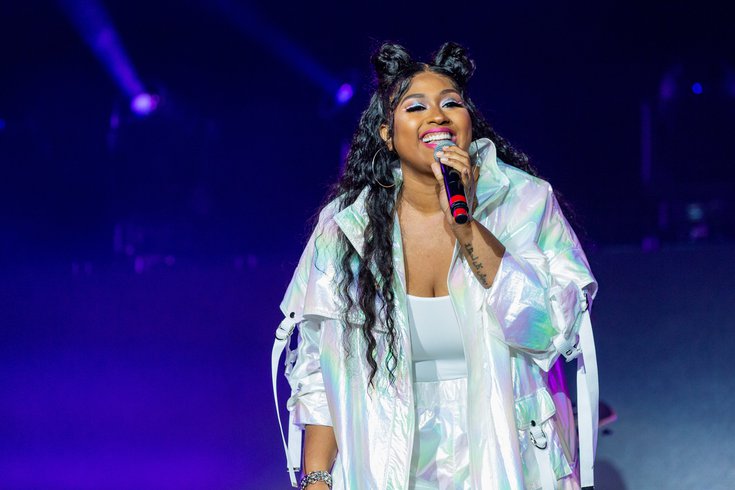 Jazmine Sullivan's 'Heaux Tales' has garnered widespread critical acclaim since its January 2021 release. The Philadelphia native R&B singer will release a deluxe version of the album on Friday, Feb. 11, with 10 additional songs.

Jazmine Sullivan has had a busy year. The early-2021 release of her fourth studio album, "Heaux Tales" garnered widespread critical acclaim, and made the Philadelphia native R&B singer a force to be reckoned with alongside similar acts throughout the year. "Heaux Tales" topped best-of-2021 lists, from NPR Music, Pitchfork, and Rolling Stone, among others. Now, more than a year after its initial release, Sullivan is back with a deluxe version, featuring 10 new songs.

The original "Heaux Tales" album features interludes (or "tales") telling stories of past relationships gone wrong, featuring Sullivan alongside fellow R&B singer Ari Lennox. The deluxe version includes five more interludes, with collaborators like Issa Rae and comedian Mona Love. "Jazzy's Tale," which the singer hinted at with a snippet posted to her Instagram in December, tells Sullivan's own story.

"What I wanted to do was set the tone as far as just not being ashamed of what you're going through, and giving yourself some grace," Sullivan said on Netflix's "Okay Now Listen" podcast in November. "I was coming off the shame of the things that I'd done, and I was speaking to myself about not wanting to feel that way. Like, don't be ashamed of the things you've done and you've experienced. In this society, a woman is supposed to look a certain way, sound a certain way, act a certain way, and I just really wanted to be free."

Most of the songs on the upcoming deluxe album are new. However, Sullivan will also include her song "Tragic," which was released as a single in June 2021. The album release comes just days before the singer is set to embark on her "Heaux Tales" North American tour, with stop at The Met Philly on March 18.

The addition of more interludes on the deluxe edition strengthens the message put forth in the original album, tailored to Black women, although the songs explore aspects of love and relationships that are universal. Sullivan said that the concept for the album came from the desire to create a safe, honest space for Black women to talk about their past relationships and free themselves from shame.

Sullivan is no stranger to telling these stories — both singles from her 2008 debut showcased different sides of a relationship gone bad. "Bust Your Windows" talks focuses on rage and anger, while in "Need U Bad," the Philly native delves into the ache of wanting someone back in her life.

"It's just important to show all of the sides of women, and people in general," Sullivan said on Desus & Mero in February. "We're not just one thing, and that's okay. That's what makes you a human being, and helps you have a full life and love your life."

The full track listing for the "Heaux Tales" Deluxe Edition is below. The album will be released on Friday, Feb. 11. Fans who want to pre-save the album in advance of Friday's release can do so through Sony Music.