The compilation album features live recordings from the 1969 Harlem Cultural Festival, which is the focus of the critically acclaimed documentary 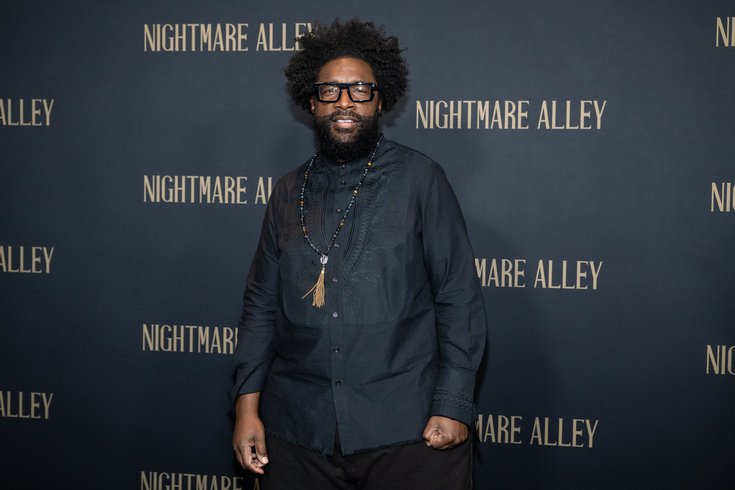 The original soundtrack for Questlove's "Summer of Soul (...Or, When The Revolution Could Not Be Televised)" is available now, one year after the documentary's original premiere at the Sundance Film Festival, where it won two awards. The film chronicles the 1969 Harlem Cultural Festival, which was lost to history for 50 years after its summer-long concert celebrating Black music and culture.

One year following the Sundance Film Festival premiere of Ahmir "Questlove" Thompson's directorial debut in "Summer of Soul (...Or, When The Revolution Could Not Be Televised)," its official soundtrack is finally here. The 17-song album, released on Jan. 28, features live performances from the 1969 Harlem Cultural Festival, much of which was lost to history until Questlove was tapped to make the film.

"Summer of Soul" has taken the world by storm, winning nearly every award it has been nominated for, including six Critics' Choice Awards. The film is currently nominated for a Grammy Award for Best Music Film, which will be announced on April 3.

The 1969 festival, which Questlove says took place across the entire summer of 1969, originally had 300,000 attendees. The festival was taped and preserved for 50 years, and although the festival organizers had previously attempted to sell the footage to make a concert film, there was a lack of interest from production companies.

"My initial goal was just to curate 15 really great songs among these performers. There's 40 hours worth of entertainment there," Questlove told Jimmy Fallon on "The Tonight Show" in June. "But when we went into lockdown... the irony wasn't lost on me that the circumstances that were happening in '67, '68, '69, and '70 were occurring to us right now, 50 years later. So I saw it as a way to contextualize — for Gen Z and millennials, who aren't familiar with these acts — why they all got together and used their voices for activism."

When Questlove and the producers of "Summer of Soul" received the footage in 2017, they restored and sifted through 40 hours of sharp, good quality footage from the show before settling on the footage used in the film.

The soundtrack includes artists like Nina Simone, Gladys Knight & The Pips, B.B. King, and David Ruffin, among others. Featured prominently is Sly & The Family Stone, which Questlove is currently working on a separate music documentary focusing on. The entire album is available to stream or purchase now. A limited edition vinyl copy is available as a Target exclusive.

"Summer of Soul" also made the Oscars' shortlist for Best Documentary Feature, and nominations for the 94th Academy Awards will be announced on Feb. 8. The awards will be televised on March 27.

"For us, getting through the movie creatively and successfully was paramount, and a lot of warehouses where you would do these special edition soundtracks were held up, even for The Roots," Questlove said on NPR Music on Jan. 28. "This is basically a document, and as tempting as it was to sort of go off-grid and try for extra songs that didn't make the final cut of the movie, we decided to go with what was cleared already."

Most recently, the film received the Golden Tomato Award for Best-Reviewed Documentary from film-critic aggregate site Rotten Tomatoes, with a 99% rating. In his acceptance speech, Questlove briefly recalled the widespread acclaim from critics and audiences for the film.

“I’m appreciative on behalf of everyone involved in the film.”

Questlove has had a busy year. From the release and subsequent praise of "Summer of Soul," to the recent Sundance release and award win from "Descendant," a film he and fellow Roots member Tariq "Black Thought" Trotter produced about the residents of Africatown, Alabama — many of whom are the descendants of the Clotilda, the last-known slave ship smuggled into the United States in 1860. Questlove's third great-grandfather was among the survivors on the ship.

"Descendant" was picked up by Higher Ground Productions, which was founded by President Obama and former First Lady Michelle Obama. The film will be distributed through Netflix later next year, as Higher Ground has an exclusive deal with the streaming platform.

The full track list is available below, and the album is currently available to stream or purchase.

"Summer of Soul (...Or, When The Revolution Could Not Be Televised)"