Margaret Brown's latest documentary explores the lives of residents of Africatown, Alabama, many of whom are descendants of the survivors of the Clotilda 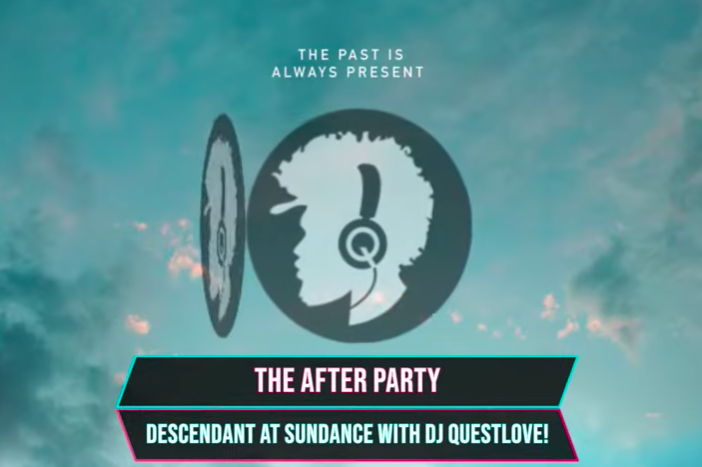 "Descendant," a documentary directed by Alabama filmmaker Margaret Brown, and produced by Questlove and Black Thought, premiered at the virtual Sundance Film Festival on Jan. 22. The film depicts descendants of the Clotilda, the last-known ship smuggling enslaved Africans into the United States in 1860, more than 50 years after it became a capital crime.

Margaret Brown's documentary "Descendant" premiered at the Sundance Film Festival on Saturday, as part of its documentary competition. A close look into Africatown, the historic community just 15 miles outside of Mobile, Alabama, the film tells the story of the descendants of the Clotilda.

The vessel, remains of which were found in 2019, brought over the last-known group of African natives to Alabama in 1860, more than 50 years after the transatlantic slave trade was abolished in 1808.

Ahmir "Questlove" Thompson discovered during a 2017 episode of PBS' "Finding Your Roots," that his ancestors were among those smuggled into the United States on the Clotilda in 1860. In an emotional delivery of Questlove's results, host Henry Louis Gates Jr. showed the musician a photo of his third-great-grandfather, Charles Lewis.

"I'm at a loss for words," Thompson said in the episode. "I'm just overwhelmed, because up until an hour ago, I didn't know who I was."

The film, which has not yet received a distribution deal, was produced by Questlove, as well as fellow Roots member Tariq "Black Thought" Trotter, among others. Brown told Deadline on Saturday that she's hoping for a deal.

"I just hope everyone gets to see it," Brown said. "There's some you'll get because it's about a quest for a ship. There's other people you'll get because they're interested in the topic of slavery and reparations and where our country is right now. So, the ship's the hook but not the heart."

Africatown, the historic community founded by survivors of the Clotilda, still houses descendants of the ship. Remains of Clotilda were found in 2019, more than 150 years after the ship was mostly destroyed in order to get rid of evidence of smuggling enslaved people into the United States after the transatlantic slave trade became a capital crime.

In 2017, residents of Africatown sued a now-shuttered paper plant over pollution that they believe influenced an uptick in the cancer rates of Black residents of the area. The lawsuit was dismissed in 2020.

The plant, which was built in 1928, was first owned by a member of the Meaher family. Timothy Meaher was the sponsor of the Clotilda, who believed he could successfully land an illegal slave ship. According to The Guardian, he was captured but never convicted.

Following its premiere at the virtual Sundance Film Festival, Questlove hosted an after party on The Roots' YouTube channel. In the hour-long livestream, Questlove discussed his connection to Africatown.

"I just want to give a shout-out to the entire Africatown community," he said. "It's been about four years since I found my lineage to Africatown, and we are a fortunate few. A fortunate few that can actually trace our lineage. I can't wait to finally go down there and meet you good people, to stand on the soil and see it for myself."

The full celebration is available below.

"I hope 'Descendant' is one of those films you have to have a conversation about when you see it," said Questlove. "I want people to see it to give them an entryway into thinking about our country's history. It is one tangible proof of our story that I hope creates space for different levels of understanding about race and culture, and allows us to talk about difficult truths like this to further the effects of slavery on its people."

Sundance will screen "Descendant" for a second time on Jan. 24. Deadline also released an exclusive clip from the film, which is available here.