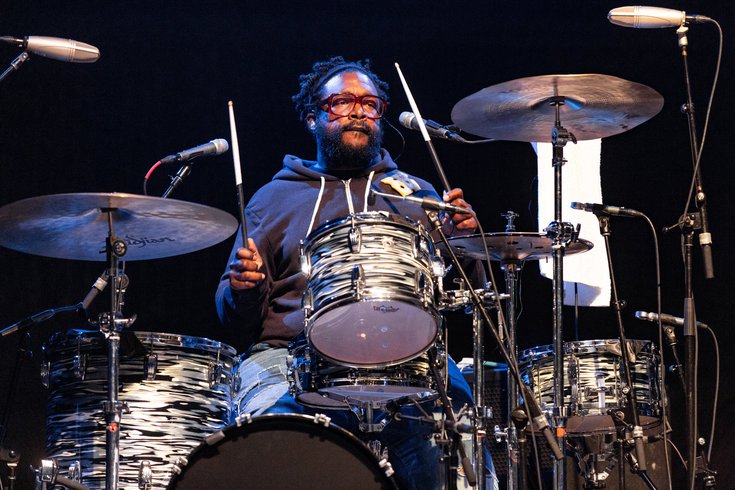 Ahmir "Questlove" Thompson's directorial debut "Summer of Soul (...Or, When the Revolution Could Not Be Televised)" continued its winning streak across the awards circuit with six total nominations and wins at Sunday's Critics Choice Documentary Awards in Brooklyn.

The film, which chronicles the 1969 Harlem Cultural Festival with never-before-seen footage, has been widely publicized and praised by critics and audiences alike since it first premiered at the Sundance Film Festival in January 2021, before a theatrical release in June.

The film amassed six awards, including Best Documentary, the biggest win of the night, according to the Critics Choice Association.
“I’ve been in this industry for 30-plus years and I always thought celebrating something was a weakness," Questlove said in his acceptance speech for Best First Documentary Feature, according to the Hollywood Reporter. "When my first album came out or when my first book came out or my first day of teaching class, I sort of just pushed it to the side like it was nothing. I’ve learned that it’s safe to celebrate an achievement so how ironic that this new journey in my life starts now."
"Summer of Soul" tells the story of the 1969 Harlem Cultural Festival through found archival footage that had been lost for 50 years. The festival, which took place the same year as the Woodstock Festival, celebrated Black culture and music, and was largely lost to history.
Questlove's vision to bring it back to life for a new generation of people is part of what has made the release so well-received.

The Philadelphia-based musician also won Best Director, in a tie with Elizabeth Chai Vasarhelyi and Jimmy Chin on "The Rescue". The Hollywood Reporter said that presenter Dana Delany called Questlove the "MVP of the night."
The film's additional awards included Best Archival Documentary, Best Music Documentary, and Best Editing, which was awarded to Joshua L. Pearson.

"There's a lot of hard work that went into this and to see something in fruition after 50 years of a stalled car would be rather sweet," Questlove told The Hollywood Reporter ahead of the awards show.
"Summer of Soul" previously won two Sundance Awards, and was featured on the shortlist in DOC NYC's festival lineup in October. The film will be screened at the festival on Nov. 17.
The film has a 99% score on film-review site Rotten Tomatoes, with 203 total reviews.
The trailer for the film can be viewed below and it is currently available to stream on Hulu.