Philadelphia's art sector gets a funding boost through the American Rescue Plan, as organizers look to the future 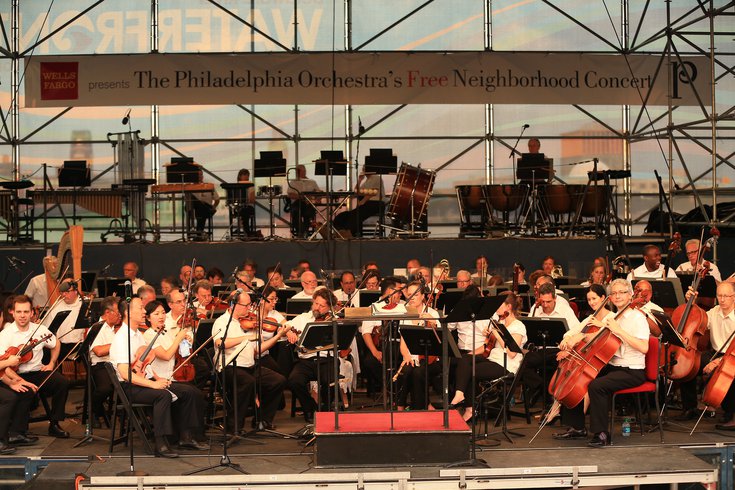 The Philadelphia Orchestra is among 14 arts organizations that received funding for COVID-19 recovery efforts through the National Endowment for the Arts. The funding will be used primarily for hiring staff and paying for services and facilities.

By nearly any measure, Philadelphia's ongoing COVID-19 pandemic recovery has fallen short compared to other major cities. Its largest business district, in Center City, has begun to recover, but still has not regained 100% of its pedestrian foot traffic since the pandemic began in early 2020. The lack of foot traffic in the city has impacted businesses, some of which have had to permanently shutter, changing the landscape of Center City for residents returning to the business district to shop and dine.

Philadelphia's arts sector, though, has seen massive impacts from the pandemic, with many theaters and other live venues just beginning to reopen following nearly two years of postponements and uncertainty surrounding the pandemic and the city's response.

In response to this phenomenon in Philadelphia and across the country, the National Endowment for the Arts is set to distribute more than $1.4 million to 14 arts organizations throughout the city. With awards ranging from $50,000 to $150,000, the organizations directly receiving funding will primarily use the American Rescue Plan Act funding to increase staffing, pay for facilities and events, provide increased health and safety measures, and promote the return to Philadelphia's arts scene throughout 2022.

"Our nation's arts sector has been among the hardest hit by the COVID-19 pandemic. The National Endowment for the Arts' American Rescue Plan funding will help arts organizations rebuild and reopen," said Maria Rosario Jackson, chair of the NEA. "The arts are crucial to helping America's communities heal, unite, and inspire as well as essential to our nation's economic recovery."

The Philadelphia Dance Company, PHILADANCO!, is among those receiving the largest award from NEA. Prior to receiving recovery-centric funding, PHILADANCO's latest production, "Continuum," received additional funding from NEA on Jan. 25 to extend its production in fall 2022 at The Kimmel Cultural Center.

"PHILADANCO! in Philadelphia is among the arts organizations nationwide that continue to use the arts as a source of strength, a path to well-being, and providing access and opportunity for people to connect and find joy through the arts," said Ann Eilers, acting chair at NEA.

Other organizations that received $150,000 in funding for recovery efforts include the Asian Arts Initiative, The Philadelphia Orchestra, ArtistYear, and BlackStar.

Philadelphia Lawyers for the Arts is just one of five organizations receiving $100,000 in funding through the NEA. The organization, which shifted to become a nonprofit during the pandemic, provides pro bono legal services for artists. The group has seen an increase in demand for legal services since making the shift, and says that the funding can help expand its service to Philadelphia.

"This crucial funding from NEA comes at a time when PVLA as an organization is in a period of transformation," said Ken Metzner, executive director at PVLA. "We are seeking to strengthen our core program of matching volunteer lawyers with under-served artists and arts organizations while also re-envisioning new services and programming to advance the wellbeing and sustainability of the visionary artists of our community."

In particular, PVLA will be able to hire two part-time employees to increase communications with clients, pay rent, and consider improvements to the organization's overall model, allowing them to provide legal services and assistance more rapidly for people who need it.

Other organizations receiving $100,000 in funding through the National Endowment for the Arts include Azuka Theatre Collective, Black Pearl Chamber Orchestra, Mural Arts Philadelphia, and PlayPenn.

Painted Bride Art Center is among those receiving $50,000 in funding, as it continues to transition to become a city-wide arts organization. While organizers remain solid that Painted Bride continues to host and put on special events, the focus is to work with artists — particularly those within marginalized communities — to foster a sense of belonging and support artists as they grow and change.

The organization has been attempting to make a shift for several years, announcing plans to close its doors on its Old City location, covered in a mural painted by Isaiah Zagar, whose work is featured prominently throughout the city, particularly in the Magic Gardens on South St.

The process of selling the property has included some legal road bumps, including concerns over the future of the mural, and for now, Painted Bride still works out of the building. The Inquirer reported in August that a developer had agreed to preserve the mural for a new apartment building that is set to be built on the site.

Executive Director Laurel Raczka told WHYY that the organization is excited about the funding, and plans to use it to hire staff, particularly to increase communications and expand its programming. Painted Bride is set to launch Resistance Garden in March, a project that will explore the intersections of nature, food politics, and the historical use of plants, according to its website.

Other organizations that received funding through NEA include Shakespeare in Clark Park, COSACOSA Art at Large, and InterAct Theatre Company.